Home / Parenting / 4 things to know about antibiotics for kids

4 things to know about antibiotics for kids 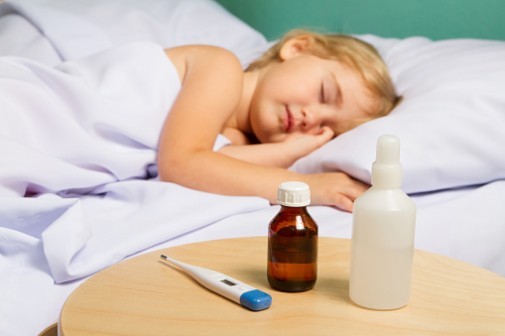 It starts with the middle of the night, coughing and maybe even a fever. There’s nothing worse than a sick child, and most parents would do almost anything to alleviate the symptoms.

A quick sick visit to the pediatrician could mean a parent is sent home with a message of rest, fluids and some acetaminophen when necessary. Studies have shown that as many as 10 million antibiotic prescriptions are written each year for infections they are unlikely to help.

As part of the Centers for Disease Control and Prevention (CDC) campaign to raise awareness of the importance of using antibiotics properly, a report from the American Academy of Pediatrics (AAP) urges both providers and parents to take steps to ensure that antibiotics are used only when truly needed.

Most upper respiratory tract infections – those in the nose, sinuses and throat – are caused by viruses and require no antibiotics. Unnecessary antibiotic use puts children at risk of side effects such as a potential allergy to the medications and diarrhea and increases the risk of antibiotic resistance.

“Our primary goal is always the best outcome for the child,” says Dr. John Beckerman, pediatrician at Advocate Good Shepherd Hospital in Barrington, Ill. “The best treatment for a child doesn’t always include an antibiotic so we might consider waiting before rushing in to medication. Children can be quite resilient and often heal on their own.”

According to the report, the vast majority of antibiotic prescriptions are for infections of the throat, ears and other associated structures.

The AAP recommends the following to keep in mind if your child gets sick:

1. Antibiotics aren’t always the answer. Ask your child’s doctor what the best treatment is for your child.

2. Antibiotics work against bacterial infections, not on viral infections like colds and flu.

3. Finish all prescribed doses of an antibiotic. If your child feels better and stops the medicine too soon, the infection could return.

4. Don’t use one child’s antibiotic for a sibling or friend. You may give the wrong medicine and cause harm.

“Keep in mind that symptoms of the common cold, which is viral in nature, often persist for 10 days,” Dr. Beckerman says. “This report is a reminder that when treating children for ear infections, sinus infections and sore throats, we should try to focus on relieving symptoms and not prescribe antibiotics that are not necessarily indicated.”

← Movin’ and Improvin’: Our journey to get fit by 40
Empowering women to learn CPR in Africa →