Why are yawns contagious? 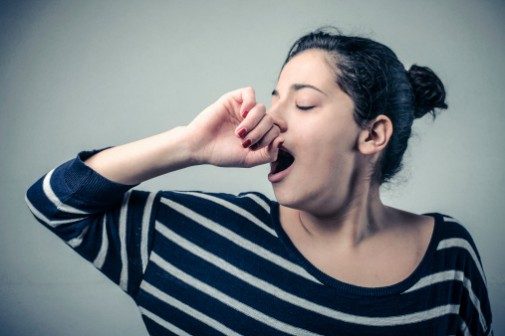 Does seeing someone let out a yawn make you involuntarily join in? Well, you are not alone. Actually, 60-70 percent of people say that seeing someone yawn, either in real life or in a photo, urges them to do the same.

Many creatures have been known to yawn, including dogs, pigs, chimpanzees and even sharks. However, very few have been proven to compel each other to yawn by performing the action like humans often do. For many years, scientists thought that yawning was caused by a lack of energy and a need for sleep. Nonetheless, recent studies have proved yawns to be more of a personality affect than a forerunner to sleep.

According to researchers, there are three main theories to explain why this phenomenon exists:

Yawns are a form of communication

One theory claims that our tendency to yawn instinctively when we see someone else doing it is an ancient form of communication that our ancestors used to stay safe around danger. This assumption suggests that our brains are hardwired to mimic a yawn when we see others yawning.

Another approach indicates that we may be yawning to show empathy for others. According to this theory, people with more empathy will be more likely to “catch” a yawn.

In 2010, researchers at the University of Connecticut found that most children did not begin “contagious yawning” until the age of four, which is when most children start forming a sense of empathy. In addition, the same study found that autistic children, who often have an impeded sense of empathy, were less likely to yawn just because they witnessed another person yawning.

Dr. Muhammad Hamadeh, medical director of the Sleep Disorders Center at Advocate Christ Medical Center in Oak Lawn, Ill., says, “This study is interesting because it could suggest a psychological reasoning for yawning. There is possibly a neurological connection between humans that innately triggers this response.”

You may just be young

Studies have shown that the often attentive characteristics of younger people cause them to be more likely to catch a yawn off of fellow classmate or coworker. More research is needed to prove this conclusion, but research has indicated that as we age, humans are less likely to yawn because someone else is. This is most likely because humans tend to pay less attention to others as they age.

In order to prevent yourself from appearing tired or disinterested, Dr. Hamadeh offers these tips to prevent a yawn before it starts: “Take a few deeps breaths in through your nose and exhale through your mouth if you feel a yawn coming on at an inopportune moment. It might also be helpful to lower the temperature of your office and drink a cool beverage.”