Vaccines and exams can help combat this preventable cancer 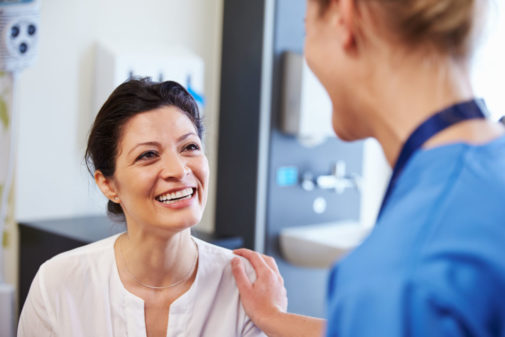 Each year, a relatively preventable and curable condition kills more than 4,000 women in the U.S., according to the American Cancer Society.

But by working with their doctors, keeping up to date with proper vaccinations and regular check-ups, the dangers of cervical cancer can be greatly reduced.

Cervical cancer is a type of cancer that most often affects women over the age of 30. It occurs in the cells of the cervix, which is the lower part of the uterus that connects to the vagina. It was once one of the most common causes of cancer death in the country, but has dropped in occurrence thanks to better and increased testing.

“Screening with Pap smears and/or HPV testing allow us to detect changes in the cervix before they develop into cancer or to detect cancer early when it is easier to treat and cure,” says Dr. Tanya Pulver, a gynecologic oncologist at Advocate Illinois Masonic Medical Center in Chicago.

The drop in cases has slowed over the last decade, though. Dr. Pulver says there are still many obstacles to bring those numbers further down, but there are opportunities, too.

Because over 90% of cervical cancers are caused by a long-lasting infection from Human Papillomavirus, widespread immunization can help immensely.

While immunization rates have increased, 51% of adolescents have not completed the HPV vaccine series, according to the Center for Disease Control.

“Along with making sure women undergo screening for cervical cancer, preventing HPV infection is one of the best ways to reduce the number of cervical cancer diagnoses, and increasing vaccinations is the most effective way to do that,” Dr. Pulver says.

In addition, improving overall access to health care, educating women on the importance of follow-up after abnormal test results and reducing the embarrassment and discomfort women often feel when having pelvic exams or discussing their bodies remain significant areas of opportunity, she says.

Other risk factors for cervical cancer include tobacco use, obesity, having a suppressed immune system, early onset of sexual activity and having multiple sexual partners.

← How to get some vitamin D, even without the sun
This kills millions more people each year than tobacco →