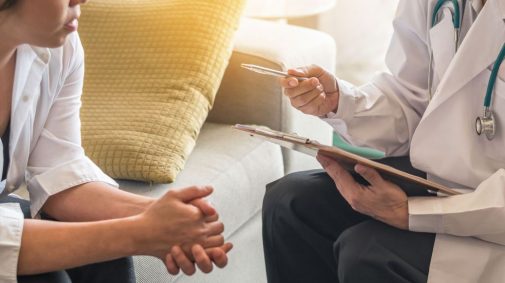 About 71 million people worldwide suffer from Hepatitis C, a virus that causes chronic and potentially fatal liver disease. To make matters worse, the virus often wreaks its havoc silently: About half of the estimated 3.5 million Americans who have Hepatitis C are unaware of their infection.

The disease, which can take up to 30 years to advance to a life-threatening stage, often remains symptomless until the end. In addition to increasing people’s risk of transmitting Hepatitis C to others, a delay in diagnosis also prevents them from receiving new antiviral treatments that boast a cure rate of more than 90%.

The frustration of diagnosing patients too late, after they had already developed inoperable liver cancer or liver failure requiring a transplant that might not come in time, spurred Dr. Ajay Sahajpal to action.

“Hepatitis C is largely curable, if people know they have it,” says Dr. Sahajpal, medical director of abdominal transplant at Aurora St. Luke’s Medical Center. “I kept thinking, ‘How can we get to these patients sooner?’”

Sahajpal created an algorithm that flags the electronic medical record files of patients born between 1945 and 1965 — the Baby Boomers who the Centers for Disease Control identify as five times more likely to have Hepatitis C than other adults. Talk to your doctor about if you should get the screening. The U.S. Preventive Services Task Force recommends Baby Boomers and people at high risk be screened.

Since launching the Hepatitis C alert system across Aurora Health Care in 2015, more than 100,000 Boomers have been screened for the disease — and 1,500 people who didn’t know they were infected were diagnosed and treated.

“It’s incredibly gratifying to see a formerly chronic, sometimes fatal disease turn into a problem you can cure with a daily pill in two to three months,” Sahajpal says.

If you’re a Baby Boomer and have never been screened for Hepatitis C, talk to your doctor. According to the American Liver Foundation, you should also ask about getting tested if you:

← Do you know the signs of a brain tumor?
Are you experiencing this type of burnout? →