Cleaning this dirty kitchen item might not be helping 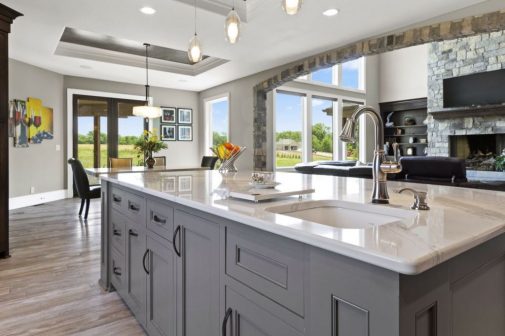 If you have a sponge at your kitchen sink, you probably use it a lot.

It gets quite a workout as you wipe counters and scour pans. Every so often, you might think it’s time to pop it in the microwave, dishwasher or pot of soapy boiling water to give it a good clean. Don’t do it.

You’re only making your sponge germier.

A study published in Scientific Reports suggests that regularly sanitized sponges did not contain less bacteria than uncleaned ones. This study found that microwaving or boiling them could kill some weaker bacteria, but the stronger bacteria remain and quickly fill in the freed-up space, leaving the sponges in the same condition — or worse. Methods people use to try to disinfect sponges simply aren’t sufficient to effectively reduce the bacteria and instead increase the most stubborn, stinky germs.

The study’s authors wrote that this effect is similar to antibiotic resistance in humans. In other words, what doesn’t kill the bacteria makes them stronger.

Kelly Blair, an infection preventionist at Advocate Good Shepherd Hospital in Barrington, Ill., says don’t even think about trying to clean dirty sponges. There’s only one place for them.

“Toss them. It’s that simple,” says Blair. “But knowing when to toss them – that’s trickier.”

The authors of the sponge study suggest tossing and replacing your kitchen sponge weekly, but Blair isn’t convinced. She says rather than giving yourself a time deadline, consider how often you use your sponge. If you use it only once a day, replacing it weekly is probably too often. On the other hand, if you’re a heavy-duty user, tossing and replacing weekly might be necessary.

Although it’s not always easy to know for sure, she says replacing your kitchen sponge just before it starts smelling or feeling slimy is advisable.

“Usually you can tell when it’s time,” she says.

← How can you keep socializing during the pandemic?
What can be learned from Kanye West →