Home / Primary care / Is this mosquito-borne illness something to worry about?

Is this mosquito-borne illness something to worry about? 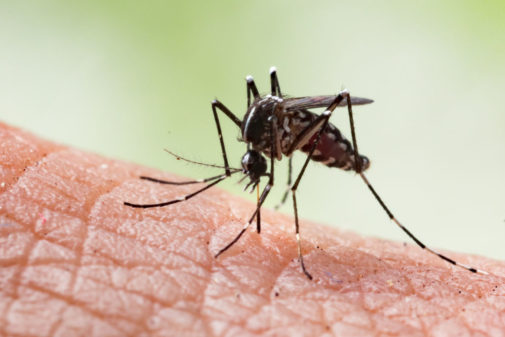 The Centers for Disease Control and Prevention (CDC) received reports of 38 confirmed cases of the mosquito-borne Eastern Equine Encephalitis virus (EEEV) in 2019, with some infections occurring further west than usual — 10 in southwest Michigan and 1 in Indiana.

And Massachusetts has just announced the first case diagnosed in a human for 2020. Wisconsin last week just reported its first case in a horse in 2020.

Most cases of EEEV occur in states on the eastern and southern coasts of the U.S.

Although this disease is exceedingly rare, the CDC says “Approximately one third of patients who develop EEEV die, and many of those who survive have mild to severe brain damage.” It is especially dangerous in people over the age of 50 or under the age of 15.

“EEEV symptoms overlap with related mosquito-borne diseases, most importantly the far more common West Nile Virus. Because of the rapid progression of the disease and the poor outcomes, it is important to consider and test for one of the mosquito-borne viral illnesses as soon as possible, especially in the late spring-early fall,” adds Dr. John Brill, from Advocate Aurora Health.

There is a vaccine to protect horses from EEEV, but none for humans. Still, because of the severe outcomes, research is being done on this deadly and dangerous disease. In the absence of a vaccine, doctors can only treat the symptoms: sudden onset of headache, high fever, chills, and vomiting. From there, the illness may progress into disorientation, swelling of the brain, seizures, and coma.

Humans can only get EEEV from a bite from an infected mosquito. It isn’t contagious from human to human or from horses to humans.

“Given the rarity of EEEV and the cost of a vaccine testing and approval process, a human EEEV vaccine is unlikely to be available anytime soon. At this point, the best way to protect yourself from EEEV and its relatives is to avoid mosquito bites,” says Dr. Brill. “And as a society, we need to support funding for public health efforts to research and control these illnesses.”

During mosquito season, officials advise avoiding mosquito bites through all the usual measures.

← Do you speak parentese? Read this.
Are you making the same mistake every single year? →