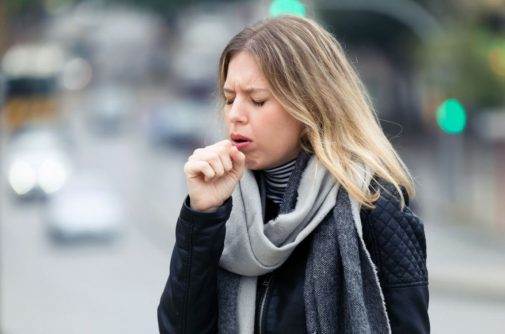 Air pollution is a global issue, causing millions of deaths per year. And while many policies try to ensure cleaner air, some pollutants are too small to be seen and regulated. These microscopic dangers are referred to as particle pollution.

A study published in the Proceedings of the National Academy of Sciences found that communities in bigger cities have a higher risk of being exposed to particle pollution.

Dr. Aman Sethi, a pulmonologist with Advocate Medical Group in Aurora, Ill., says particle pollution contains microscopic solid or liquid droplets that are small enough to be inhaled and become trapped in the lungs. The particle pollution researched in this study poses the greatest risk to health, he says.

So, how do our lungs work to protect us in the first place? Dr. Sethi says our lungs help remove carbon dioxide and oxygenate the blood. The upper respiratory passages conduct, warm and moisten the air as it moves through the lungs.

“The entire respiratory system is continuously exposed to particulate and infective agents,” says Dr. Sethi. “We’re protected by a lymphoid and mucous barrier. However, particles less than 10 micrometers in diameter can get deep into your lungs and bloodstream.”

“Urban air pollution is a complex mixture of particles and gasses, with its composition varying considerably by region and season,” says Dr. Sethi. “These variations are largely caused by differences in sources of pollutants, meteorology and effects of geography.”

Dr. Sethi notes that outside of the developed world, exposures are complicated by fewer environmental controls, which results in high pollutant concentrations both in cities and rural areas. These are typically the result of cars and coal burning.

“The best way to protect our lungs against pollution is to recognize this is an entity causing pulmonary and cardiovascular complications and apply measures to limit air pollution at the global level,” says Dr. Sethi. “I believe, in the future, we will have access to energy sources with less emissions and have stronger regulations for certain industries to curtail air pollution.”

Particular populations are actually more vulnerable to developing these, especially those already with asthma, or children, and a decrease in lung volumes has been noted in people living in highly polluted areas. You should check in with your doctor if you’ve noticed an uptick in any of these symptoms and you’re living in a highly congested area.

← Plague is back in the news. Do you need to be worried?
When staying home isn’t safe →

Natalie Passarelli is a Public Affairs Coordinator and Health eNews contributor at Advocate Aurora Health. Natalie formerly worked as a media relations specialist and attended Eastern Illinois University, where she earned a bachelor’s degree in Communication Studies. Outside of work, you can catch her at a hot yoga class or cheering on the Chicago Cubs at Wrigley Field.