Home / Brain & Neuro / This sleep issue could be a warning sign 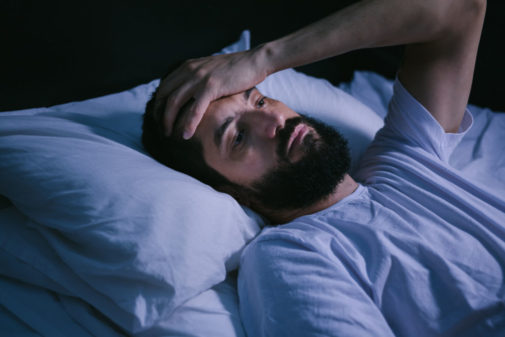 Recent studies conducted around the globe found patients who were admitted to the hospital for COVID-19 had obstructive sleep apnea, signaling a potential risk factor for the disease.

In the United States, an estimated 22 million people suffer from sleep apnea and 80% have moderate to severe obstructive sleep apnea.

The research finding is most alarming because OSA is a treatable medical condition. Undiagnosed and untreated OSA puts patients at risk for severe COVID-19 illness. People with OSA exhibit symptoms that include loud snoring, restlessness, daytime sleepiness, morning headaches, awakening with choking and gasping and vivid or threatening dreams.

“Sleep apnea is a serious sleep disorder that is linked to life-threatening conditions such as heart attack, stroke and heart failure,” Dr. Yelena Tumashova, Sleep Medical Director at Advocate Aurora Health. “Although the disease is new and further research is required to determine the impact of OSA treatment on COVID-19 illness, it’s important that those diagnosed with OSA understand the risk they carry if they leave their condition untreated.”

A sleep study is required to determine the presence of sleep apnea. The most common treatments are various positive airway pressure (PAP) machines worn over the nose or mouth which push air through the airways.

For patients who fail standard therapy, Advocate Health Care now offers implantation of a device through a same-day, outpatient procedure. The device is turned on via remote and opens the patient’s airways, allowing them to breathe normally.

Want to learn more about your risk for sleep apnea? Take a free online quiz here.

← Find out why they’re saying #IGotMine
The COVID-19 vaccine: Myths vs. facts →