Don’t delay a colonoscopy after abnormal results on this test 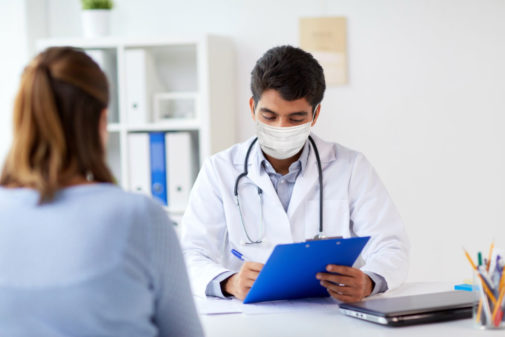 While taking an at-home screening for colon cancer might seem like an easy way to protect yourself, a new study shows what you do with the results could have dire consequences.

Waiting a year a more to get a colonoscopy after an abnormal at-home blood stool screening increases the chances of colorectal cancer and death, according to the study published in the journal Gastroenterology.

Researchers found that patients who waited more than 13 months to have a colonoscopy after an abnormal stool blood test were up to 1.3 times more likely to have colorectal cancer than those that had a colonoscopy three months after the abnormal at-home test.

“Any delay in getting access to a colonoscopy makes it harder to detect early cancer and makes it harder to remove pre-cancerous polyps, which can prevent colon cancer from happening later in life,” said Dr. Kevin Liebovich, the medical director of GI services at Condell Medical Center in Libertyville, Ill. “This study is another piece of information that confirms what physicians know and patients need to understand: colonoscopy is the best way of screening for and preventing colon cancer.”

Colorectal cancer is the third most common cancer among men and women in the U.S., but in its earliest stage, it’s not only easily diagnosed, but highly treatable. A screening colonoscopy can prevent cancer by removing pre-cancerous polyps or detecting the cancer at an early, treatable stage.

Researchers examined data from more than 200,000 veterans between the ages of 50 and 75 who had performed fecal immunochemical tests (FIT) or fecal occult blood tests (FOBT) at home between 1999 and 2010 and had no history of colorectal cancer or inflammatory bowel disease.

Tests such as the FIT or FOBT screenings look for hidden blood in the stool. Depending on the test, they must be performed every one to three years with regular results. Abnormal results mean the patient must follow-up the at-home test with a colonoscopy. Dr. Liebovich said the use of such tests was on the rise before COVID-19, which only boosted their popularity.

Screening colonoscopies are recommended for men and women between the ages of 50 and 75, with those who have certain risk factors such as a family history of colorectal cancer being eligible as young as 45.

“The key is to get screened because, at the end of the day, colon cancer is preventable.”

← It makes feeding easier, but is your baby in danger?
An extra dose of joy →