Home / Behavioral health / How much alcohol is too much?

How much alcohol is too much? 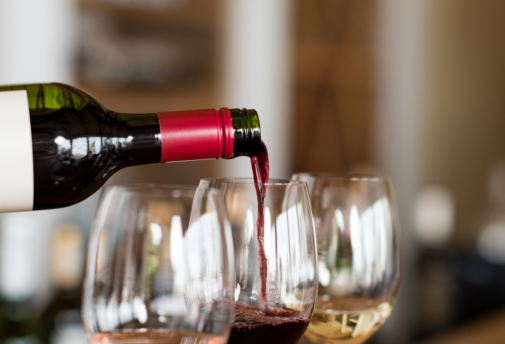 It’s a phrase that’s been printed on t-shirts, wine glasses and decorative signs, often directed at women. It’s said in text messages to friends after a long day or through a selfie toast on social media after putting the kids to bed.

It’s funny, but you need to be careful not to overdo it.

A study published by JAMA Psychiatry in 2017 indicated that “high-risk drinking and alcohol abuse disorder among women has increased by 57.9 percent and 83.7 percent compared to men 15.5 percent and 34.7 percent.”

Dr. Lance Longo, an addiction psychiatrist at the Dewey Center in Wauwatosa, Wis. and medical director of addiction services at Aurora Behavioral Health Services, believes that “drinking has been destigmatized for women – in today’s society, they are empowered to drink just as much or as often as men. Not only socially (like wine at a book club), but just as part of the daily wind down for working women that men have indulged in for decades.”

“More frequent alcohol consumption can lead to alcohol use disorders and their many consequences, including physical dependence, mental health issues like depression, sleep problems as well as work, family and social dysfunction,” explains Dr. Lango.

Excessive drinking also can have long-term physical impacts on a woman’s health.

“Women may be drinking excessively and not even know it as they do not need to drink as much compared to men to have the same adverse effects,” says Dr. Jeffrey Gentile, a family physician at Aurora Health Center in Mukwonago, Wis.

“These factors, combined with women on average weighing less than men, can cause equal amounts of alcohol to have a greater risk for harm in women compared to men.”

Dr. Gentile shares that excessive drinking can have long-term health risks such as: