Home / Behavioral health / Rude behavior in the office is contagious

Rude behavior in the office is contagious 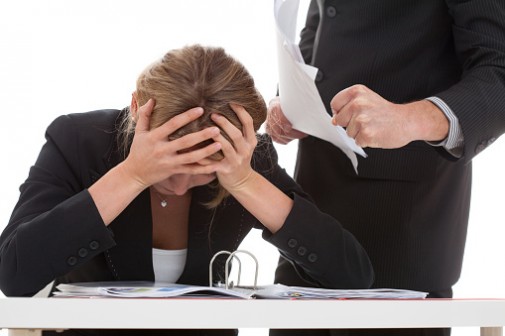 While it may be easy to brush off a hostile stranger or distance yourself from a disrespectful friend, some find it harder to escape someone’s unpleasant attitude in the workplace.

Dealing with rude co-workers on a regular basis not only creates a toxic environment, but their uncivil behavior can be contagious and spread through the office like a virus, according to a study published in the Journal of Applied Psychology. Researchers determined that people who are subjected to rude behavior are more likely to project that same negative attitude on others.

Over a seven-week period, researchers tracked 90 graduate students who engaged in negotiation exercises with several partners. Following each session, they were asked to complete a questionnaire that rated their partners’ rudeness. Students who rated their first negotiation partner as rude were far more likely to be rated as rude themselves by subsequent partners.

“Part of the problem is that we are generally tolerant of these behaviors, but they’re actually really harmful,” lead author Trevor Foulk said in a news release. “Rudeness has an incredibly powerful negative effect on the workplace.”

Researchers advised people make a conscious effort of their attitude and also communicate as clearly as possible so there is never any ambiguity when communicating with colleagues.

“Self-awareness is important when working with a hostile coworker,” says Dr. Sudhir Gokhale, psychiatrist at Advocate Christ Medical Center in Oak Lawn, Ill. “If you feel frustrated after an impolite interaction, take a few minutes to yourself to take deep breaths and regroup yourself before meeting with others.”