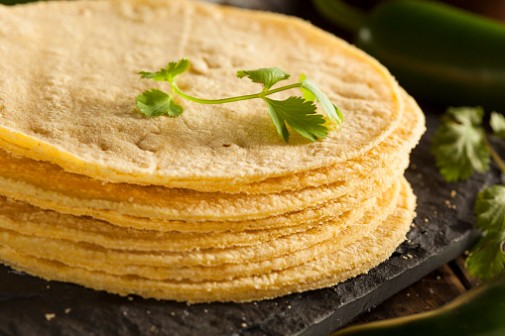 Fortified tortillas may help prevent fatal birth defects in the Hispanic population, according to new research.

Adding a small dose of folic acid, also known as vitamin B9, to a type of flour used to make tortillas could ensure consumption of this important vitamin among pregnant Hispanic women.

Folic acid was added to the enriched flour commonly used to make bread, cereal, pasta and pastries by the Food and Drug Administration in 1998, which helped to reduce birth defects by 27 percent, according to the Centers for Disease Control and Prevention.

Hispanic women, who have the highest rates of giving birth to babies whose brain or spinal cords are not fully formed, eat far more corn-based tortillas than flour-based bread products. That’s why the March of Dimes and a coalition of advocacy groups have petitioned the FDA to mandate adding folic acid to corn masa flour. Food scientists at Brigham Young University are testing this fortification.

“The significance of having folic acid before conception is two-fold,” says Dr. Barbour. “First, it can result in a decreased risk of congenital malformations – particularly spinal cord malformations. And, there’s a lower incidence of nausea and vomiting associated with early pregnancy. I think [adding folic acid to masa flour] is a wonderful idea. I’m surprised we don’t have it in more food products.”

When folic acid is taken early in pregnancy it can prevent neural tube defects including spina bifida, a condition in which a baby’s spinal cord fails to develop properly, and anencephaly, a severe form of spina bifida.

Many Latin American countries already fortify corn masa flour, including Mexico, Brazil and Venezuela, as well as most countries in Central America, according to the Food Fortification Initiative.