Home / Man Up / Are men healthier than women as we age?

Are men healthier than women as we age? 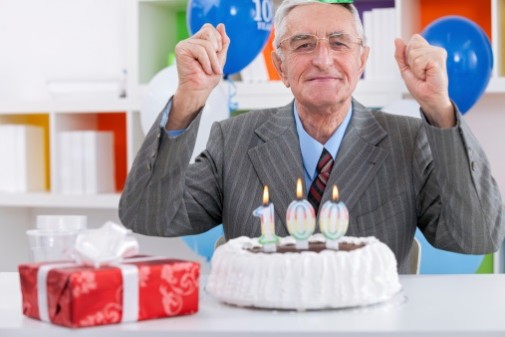 Women are four times more likely than men to live to 100 years old, but the guy who hits that milestone is healthier than the gal, a recent study found.

Women who reach 100 are more likely to have broken bones and problems seeing or hearing compared to men, according to the study. Thirty-seven percent of the men were disease free at 100, but just 21 percent of the women could claim the same distinction.

Researchers believe that 100-year-old men are healthier than the women in that category because a greater proportion of men diagnosed with a chronic illness die before reaching the milestone, making men who reach 100 the fittest.

Study leaders also found that people who live to 100 are healthier than the general population, with less frequency of diabetes, cancer, stroke and heart disease than what’s reported in most people 75 years old and older. The findings suggest people who survive to 100 might have a lower propensity for those conditions.

The study found that more people are living to the three-digit mark, with the number of people reaching advanced ages growing rapidly. The proportion of centenarians increased by about 50 percent in women and approximately 30 percent in men during the two decade-long study.

Regardless of gender, certain illnesses are more prevalent among the elderly.

The study was published June 22 in the Journal of the American Geriatrics Society. Researchers believe the data they found by looking at health records of centenarians could help inform future health care planning as the number of people living to 100 continues to grow.

Dr. Frank offers five tips for those who want to blow out 100 candles on their birthday cake: