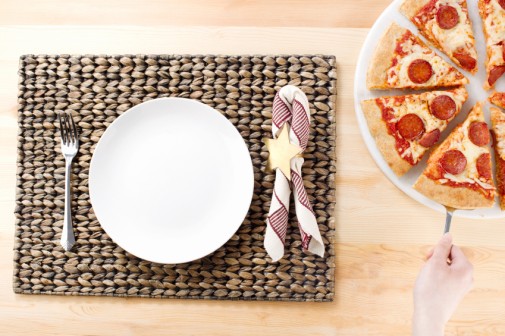 As it turns out, size really does matter when it comes to consuming calories.

A team of food scientists from Cornell Food & Brand Lab recently discovered that table and plate size can influence a person’s calorie intake.

Davis and his team studied 219 participants as they ate pizza on different sized tables. Researchers ordered four large, round pizzas and cut them both into regular slices (eighths) and smaller slices (sixteenths). The slices were then divided among the different-sized tables, including small and large.

The participants were each asked to sit at a table and eat as much pizza as they wanted before reporting how they perceived the size of the pizza slices.