Home / Behavioral health / What are the leading causes of stress for Americans?

What are the leading causes of stress for Americans? 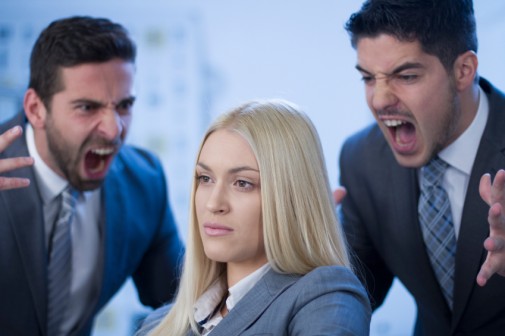 New research finds that discrimination is one of the leading causes of stress for Americans.

A recent study found that seven in 10 adults reported they experienced discrimination, defined as being treated with less courtesy or respect, threatened or harassed, according to the Stress in America survey released by the American Psychological Association. And almost half of adults experienced major forms of discrimination such as unfair treatment by police, being unfairly fired or denied a promotion, or receiving poor treatment from health care providers.

“It’s clear that discrimination is widespread and impacts many people, whether it is due to race, ethnicity, age, disability, gender or sexual orientation,” said Jaime Diaz-Grenados, executive director of the American Psychological Association, in a statement. “And when people frequently experience unfair treatment, it can contribute to increased stress and poorer health.”

The survey, which polled more than 3,300 adults, indicates that even the anticipation of discrimination can contribute to stress. For example, study participants said they take their appearance into consideration to avoid harassment or to receive good service. Others noted the need to prepare for insults before leaving home and being extra cautious about what they say along with the tone they use to speak.

For example, study participants who reported higher stress levels also described their health as “fair” or “poor,” as compared to “very good” or “excellent” health described by those with average stress levels.

“Everyone feels pressured and stressed from time to time from work, school and family dynamics. Sometimes stress can be positive when it gives you more energy to reach a deadline at work or to study for an exam,” says Dr. Ahsan. “However, a large amount of stress can have a negative effect on your health from headaches, insomnia, weight gain, anxiety, pain and even high blood pressure.”