Home / Fitness & Wellness / Looking to improve your performance? Contemplating death might be the key

Looking to improve your performance? Contemplating death might be the key 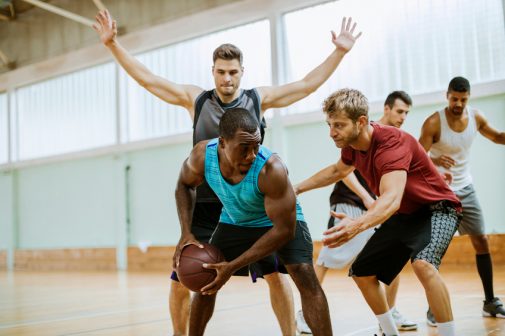 You probably won’t find many “You Are Going to Die One Day” motivational posters on sports locker room walls. But as odd as it seems, a new study reveals it might not be a bad idea.

In fact, the research from the University of Arizona suggests that thoughts of death may boost athletic performance by up to 40 percent.

In two related studies, participants playing basketball scored more points after being exposed to death-related prompts. These cues included either questions about their own mortality or more subtle, visual reminders of death.

The researchers hypothesize the improved performance may be the result of psychology’s “terror management theory.” The theory suggests that thoughts of inevitable death lead to a subconscious effort to boost self-esteem and an increased desire for success.

Dr. Michael Ward, a sports medicine physician on staff at Advocate South Suburban Hospital in Hazel Crest, Ill., agrees that the extreme case of thinking of death could have powerful subliminal effects on physical performance.

“In addition to the terror management theory, I think that facing death makes us unconsciously aware that we need to put forth an ‘all out’ effort in order to achieve success, because it may be our last sporting event,” he says. “If we do die at that point, then we gave our all to go out on top.”

In the first study, 31 male college students played two one-on-one basketball games with one of the researchers posing as another study participant. Between the two games, participants were randomly assigned questionnaires to complete.

Some participants received questions that included prompts about death, such as “Please briefly describe the emotions that the thought of your own death arouses in you,” and, “Jot down, as specifically as you can, what you think will happen to you as you physically die and once you are physically dead.” The others were asked similar basketball-related questions, replacing the word “death” with “basketball.”

Once the questionnaires were filled out, participants were given several “delay” tasks so death thoughts weren’t fresh in their minds.

“Even under the fairly subjective study circumstances, 40 percent increase in performance is certainly noteworthy,” says Dr. Ward. “And the group improvement does seem to indicate a common positive effect.”

The researchers’ second study looked at the effects of a more subtle reminder of death through a basketball shooting challenge.

One at a time, participants were brought to the court, where one of the researchers gave a brief description of the task. The researcher wore a skull t-shirt in front of a random half of the participants, while covering up the shirt with the other group.

Participants then completed a one-minute basket-shooting challenge. They were scored by a different experimenter, who didn’t know who saw the shirt.

Participants who saw the shirt performed about 30 percent better than those who didn’t see the shirt. They also hustled more and attempted significantly more shots per minute.

“As unusual as the concept might be, these are very intriguing, and potentially useful results for athletes, coaches, sports psychologists and anyone looking for ways to boost performance,” says Dr. Ward. “People are always looking for an edge in all aspects of their lives, and positively using thoughts of mortality in this way might be something for them to explore.”