Home / Parenting / How many teenagers have had sex?

How many teenagers have had sex? 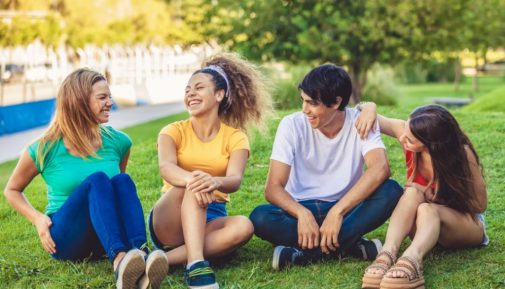 New research reveals that almost half of all teenagers have had sex by the age of 19.

Those abstaining cite their religion, moral code, fear of pregnancy and “not finding the right person” as the reason for their decision. The study conducted by the National Center for Health Statistics found that most of their more than 4,000 teenagers surveyed between 2011 and 2015 had their first sexual experience with someone they considered their “steady” partner.

“Parents should not be shocked by the number of teenagers having sexual intercourse because it is actually declining,” says Dr. Cathy Joyce, an adolescent medicine physician at Advocate Children’s Hospital. “A study from the Centers for Disease Control in 2013 showed a 13 percent decrease in premarital sex among teens.”

She says what parents should be concerned about is that many of these young people – especially girls – are contracting sexually transmitted infections.

The most recent study reported that nearly all of the teens were using condoms as the most common form of birth control.

Dr. Joyce says parents should talk to their teenagers about the risk of sexually transmitted diseases.

“One in four sexually active female teens in the CDC study had a sexually transmitted infection,” says Dr. Joyce. “Parents need to have a discussion with their teens and provide them with accurate information about the risks involved with their choices.”

← Can you slow the aging process?
Kim Kardashian’s life-threatening condition? →