This trend may mean less pain for women 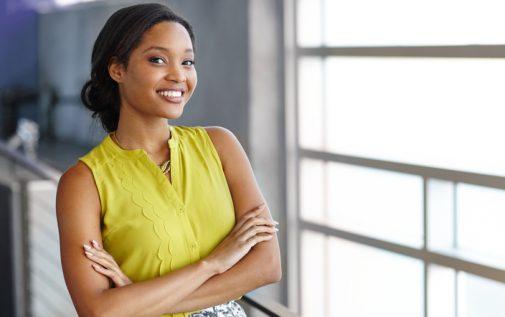 Fashion statement or torture device? It has taken centuries for women to decide.

European men actually wore high heels centuries ago, but before mankind tiptoed into the 1800s, guys had figured out that the impracticality wasn’t worth it. The elevated stature the shoes imparted had served as a physical manifestation of social standing, but they also were downright uncomfortable. For men, fashionwise, high heels were going nowhere.

At the same time, women embraced the look and walked it, however uncomfortably, all the way into the 21st Century.

But a change may be afoot.

Many women are deciding that comfort and health outweigh highfalutin fashion. At least that’s what the retail sector indicates. Media outlets have produced a flurry of stories about stumbling high-heel sales coinciding with robust sales of flats and athletic shoes. Last year alone, sales of high heels dropped 12 percent, while sales of sneakers jumped 37 percent.

Christian Louboutin and Jimmy Choo may have at one time been associated with the word stiletto, but today, you’ll see those same names on sneakers, albeit embellished, embossed, metallic and glitter ones, with price tags approaching $1,000.

Most women aren’t spending that much, but plenty of them are tossing their high heels and filling their closets with comfy sneakers, turning up their noses at form in favor of footwear function. For the same reason they don’t commute in heels, women are finding there’s really no good reason to squeeze into those toe-crushers while at work.

By ditching their high heels, they’re placing themselves at less risk for podiatric and orthopedic ailments. After all, heels may lengthen the look of a woman’s legs and accentuate the curve of her calves, but, let’s face it, they’re hell on her feet.

Here’s what happens when a woman dons heels: “High heels can change the normal biomechanics of your foot and increase the pressure across the ball of your foot when walking,” says Dr. Steven Jasonowicz, a podiatrist at Advocate Good Shepherd Hospital in Barrington, Ill. “They increase the chance of developing painful blisters, calluses, bunions and even hammer toes. High heels also increase the risk of ankle sprains and can contribute to pain in the hips and knees.”

Does that sound sexy? Let’s take it up a notch – or down a notch.

“For the most part, the higher the heels, the less stable the shoe becomes,” Dr.  Jasonowicz explains. “If a patient is insistent on wearing high-heeled shoes, I would suggest a shoe with a lower and wide heel along with a rubber sole, which can increase stability.”

Dr. Jasonowicz has no illusions that women will toss high heels for good, but he sees this recent trend as a step in the right direction.

“Of course, it would be best if patients avoided high heels, but I understand that, for most, it just isn’t realistic,” he says. “Like many things, wearing them in moderation is probably OK for most people. If you suffer from painful calluses, bunions, hammer toes or have frequently ankle sprains, avoiding heels may be best.”

← Robots in the operating room?
Does eating ice cream for breakfast make you smarter? →