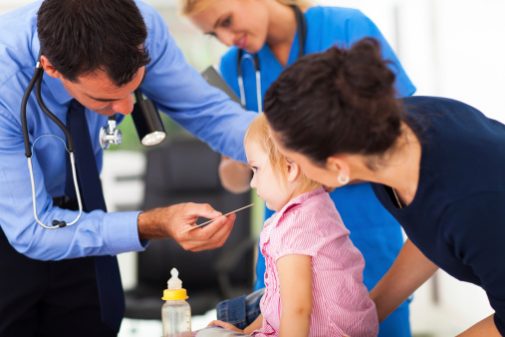 The U.S. measles outbreak has reached a new milestone, as the 695 reported cases in 22 states this year is the biggest number in nearly 20 years ago, according to the Centers for Disease Control and Prevention.

“Vaccination is the best way to protect against measles,” the CDC said in a statement this week. “Today, the overwhelming majority of parents choose to protect their children with vaccines, and we’ve seen high and stable immunization rates in the U.S. for several years.”

Why is it so dangerous?

“Once you get measles, there is no prescription medication for treatment,” explains Dr. Donald Beno, a Children’s Health pediatrician at Aurora BayCare Medical Center in Green Bay, Wis. “One of every 20 people who gets measles ends up with pneumonia, which is the No. 1 cause of death from measles.”

If you’re already fully vaccinated, you have a 97 percent chance of steering clear of the illness, according to the CDC. Unfortunately, for those who aren’t immunized, the chances of contracting measles are alarmingly high.

“If someone walks through a room, those viral particles stay in the room for more than two hours,” Dr. Beno says. “It’s only a matter of time – if we don’t immunize ourselves and our children – before we have cases in Wisconsin.”

But how do you know if you or somebody you know has measles?

It starts with symptoms of the common cold, so you might go about your day just feeling a little under the weather. A few days later, you get a rash.

“At that point, you’ve exposed probably hundreds of people, because for four days before the rash appears and four days after the rash appears, you are highly contagious,” says Dr. Beno. “Preventing this illness from spreading through vaccination is really the best thing we can do.”