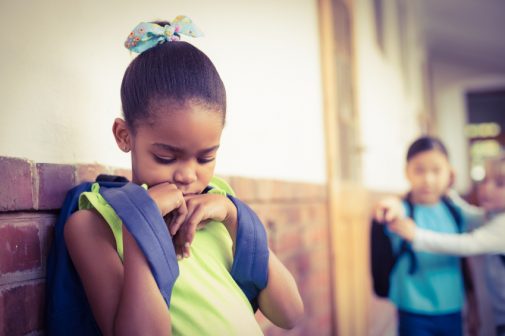 Prior to puberty, the prevalence of depression in boys and girls is similar, but once they reach adolescence and beyond, young girls are almost twice as likely to be diagnosed with the condition, according to recent research.

What causes this disparity isn’t clear, but Dr. Gabrielle Roberts, a pediatric psychologist at Advocate Children’s Hospital in Oak Lawn, Ill., says puberty may play a role. On average, girls experience puberty, and the accompanying hormonal changes, much earlier than boys do. Accompanying visible changes can raise questions of sexual identity, which may leave girls more open to body image concerns or bullying related to physical appearance. Different social and societal experiences between genders can also factor in.

Dr. Roberts says some common symptoms of depression include feelings of sadness, irritability, anger, hopelessness and guilt, low self-esteem, withdrawal and isolation, fatigue, poor motivation, changes in appetite and/or sleep and poor concentration. Depression often looks the same in boys and girls, although some research suggests girls may struggle more than boys with symptoms of poor body image and guilt, whereas boys may struggle more with loss of pleasure in activities and may present as angrier and more irritable than sad.

Screening for depression at annual doctor appointments and early intervention, which ranges from improved self-care to formal therapy, gives individuals the best opportunity to address symptoms before they become severe. Teens may have mood swings and stressful weeks, but symptoms persisting beyond a couple of weeks could indicate something more.

“I would always rather parents err on the side of caution. It’s never a waste of time to give a child a mental health check-up,” says Dr. Roberts.

5 things to know about teens and depression: