Being social may help ease pain of breast cancer 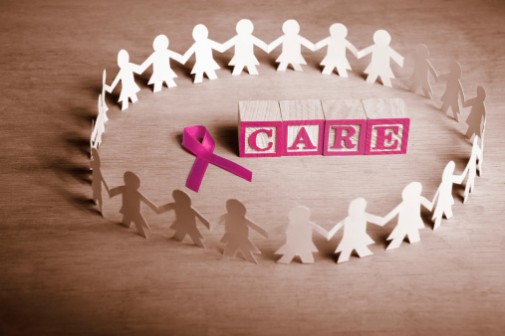 Who knew social capital could be so good for your health? According to a study published in early May in the journal Breast Cancer Research and Treatment, social networks may help ease symptoms of physical pain for those undergoing treatment for breast cancer.

Breast cancer patients who say they have positive social interactions and who have a group of people that they have a good time with are better able to deal with pain and other symptoms, the study revealed.

The study, a part of the Pathways study of breast cancer survivorship at the Kaiser Permanent Division of Research, included 3,139 women in Northern California newly diagnosed with breast cancer between 2006 and 2011.

Within about two months of their breast cancer diagnosis, study participants answered several detailed questionnaires on their social networks (including friends and relatives, spouse/intimate relationships, and religious, social and community ties); the kinds of support they received (tangible, emotional/informational, affection and positive social interaction); and their emotional and physical quality of life and physical symptoms from breast cancer.

“Positive social interaction was significantly related to every quality-of-life measure,” said Kaiser Permante Division of Research staff scientist Candyce Kroenke in a statement. “Given that this dimension was determined by the availability of someone with whom to have fun, relax and get one’s mind off things for a while, it is possible that positive social interaction may enable women to forget for a while the distress of being a cancer patient, and the physiologic effects last beyond the actual interaction,” she added.

Those who indicated having little or no positive interaction were three times more likely to report a low quality of life and greater physical symptoms.

Tangible support also had an impact for breast cancer patients, such as doing chores, bringing them to the doctor or providing food, particularly among late-stage patients. Research revealed that those with low levels of tangible support were 2.74 times more likely to report that their quality of life was worse than average.

Statistics indicate about 230,000 women are diagnosed with invasive breast cancer each year in the United States, and as of 2012, there were about 2.9 million breast cancer survivors. The fact that more women are being cured of breast cancer increased the importance of quality of life after diagnosis, Kroenke explained.