Home / Diet & Nutrition / Making a difference in the fight against diabetes

Making a difference in the fight against diabetes 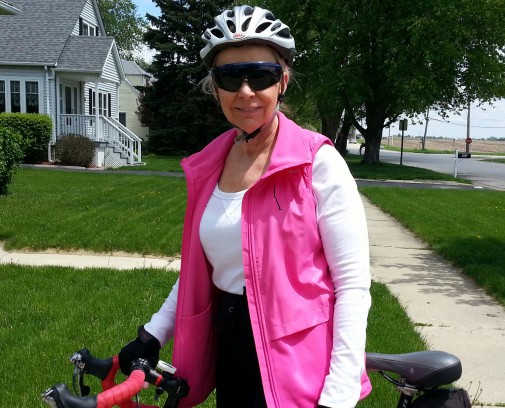 The current statistics about diabetes can be daunting.

According to the American Diabetes Association (ADA), nearly 26 million adults and children, about 8 percent of the U.S. population, have diabetes. An estimated 7 million more people have it, but have not yet been diagnosed. And a staggering 79 million more people are considered pre-diabetic.

It might seem that one person can’t make a difference in the face of these overwhelming facts, but Terry Guymon isn’t buying it.

Guymon, of Willow Springs, Ill., is set to join more than 50,000 cyclists nationwide in this year’s Tour de Cure set for June 9. The cycling event is the ADA’s biggest fundraiser for diabetes research. She’s riding for her daughter Erika who has been living with diabetes since she was a teen.

“I’m riding for all the people like my daughter who deserve answers—who deserve a cure,” Guymon says.

The news about Erika’s diagnosis was a jolt to the family. She was just 16-years-old when the news came.

“I was shocked thinking of how her life was going to forever change,” Guymon says. “She was very active, and a great equestrian. We were surprised.”

Guymon says that Erika, now 35, has been vigilant about monitoring her glucose levels, staying active and doing all she can to manager her condition. But even still, there have been some scary moments.

“In the past few years, she’s developed vision problems that sometimes accompany diabetes. One morning she woke up and couldn’t see anything,” Guymon says. “Thankfully the treatment she received from her doctors restored her vision for now.”

It’s treatments like this and hope for a cure that motivates Guymon to hop on the bike. An avid cyclist, and the executive director for neurosciences at Downers Grove-based Advocate Health Care, Guymon is opting for the 30-mile event. Riders can choose from 10-100 mile events. This is the second time she’s participated.

Guymon says she feels a genuine sense of community among the riders.

“Seeing so many people turn out for the event is heartwarming,” Guymon says. “Knowing they are riding on behalf of friends or loved ones and doing all they can to help find a cure is really inspiring.”

According to the ADA, diabetes is a disease in which the body does not produce or properly use insulin. Insulin is a hormone that’s needed to convert sugar, starches and other food into energy needed for daily life.

The cause is not clear, but the ADA says obesity and sedentary lifestyles appear to play roles in the development of Type 2 Diabetes, the most common form of the disease. Diabetes patients are at an increased risk of heart disease, stroke, kidney failure and vision problems among other threats.

The Tour de Cure is expected to raise more than $23 million this year from individual and corporate donations. The funds are used to help find a cure and to support the mission of the ADA.

“I feel that we are getting closer to a cure,” Guymon said. “Things are changing dramatically even from where they were 20 years ago. We are making a difference.”