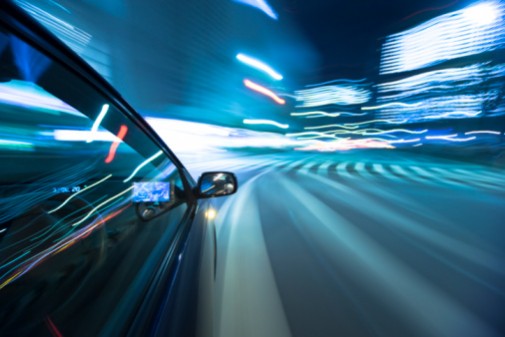 While some people may think that using hands-free devices to text and talk while driving is a safe alternative to holding a smart phone, a new report says think again.

New findings from the American Automobile Association (AAA) Foundation for Traffic Safety show that even though drivers may have their hands on the wheel, their minds are elsewhere and may be putting themselves and others at risk.

Researchers found that drivers, who were multi-tasking — even without holding a cell phone — had slower reaction time, visually scanned the road less often, and missed visual clues including traffic signals and pedestrians.

The study was the largest of its kind to evaluate distracted driving of drivers using hands-free technology, the AAA said.

AAA leaders are hoping the study results raise awareness about the dangers of hands-free communication especially as an increasing number of newer vehicles are becoming equipped with these built-in devices.

“There is a looming public safety crisis ahead with the future proliferation of these in-vehicle technologies,” said AAA President and CEO Robert L. Darbelnet in a news release. “It’s time to consider limiting new and potentially dangerous mental  distractions built into cars, particularly with the common public misperception that hands-free means risk-free.”

Researchers from the University of Utah closely studied eye movement, brain waves and other indicators that showed levels of distraction in drivers as they listened to audio books, sent voice-activated texts and emails or just talking on the phone.

AAA leaders concluded that “hands-free is not risk-free,” and that mental “distractions can lead to a type of tunnel vision or inattention blindness.”

The organization strongly suggested limiting the use of voice-activated devices to “core driving activities such as climate control, windshield wipers and cruise control.”

The national Centers for Disease Control and Prevention says that in 2009, the most recent year for statistics, more than 5,400 people died in crashes that were reported to involve a distracted driver and almost 450,000 people were injured. More than 15 people die every day from accidents involving distracted driving. The youngest and drivers with least experience are at the highest risk, the CDC says.

← Proper diet can boost your mood and energy levels
Can paid sick leave reduce the spread of flu? →