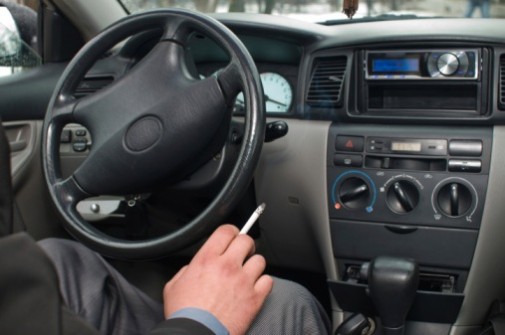 If you agree that smoking should be banned in cars when kids are present, you’re in good company. The results from a new poll show that 82 percent of U.S. adults agreed that smoking should not be allowed when children under the age of 13 are buckled in.

The poll, released this week from the University of Michigan C.S. Mott Children’s Hospital, confirms that most American adults would like to see not only this smoking ban in place but other smoking prohibitions as well.

The survey also found that 87 percent of adults believe that smoking should be banned at businesses where children are present. Additionally, 75 percent of those polled agreed that a smoking ban should be enforced in homes with children who have asthma or lung diseases.

One interesting result from the poll shows that 60 percent of smokers actually support this type of ban to protect children from secondhand smoke.

According to the Illinois General Assembly, Illinois recently put legislation in place to ban smoking in cars when children are in the vehicle. Among the other states are Arkansas, California, Louisiana, Maine, Oregon and Utah. Others like Hawaii, Indiana, New Jersey and New York have cities or counties with the ban.

“Secondhand smoke exposure is a risk for asthma attacks, ear infections and Sudden Infant Death Syndrome (SIDS),” says Dr. Aaron Traeger, pediatrician with Advocate Medical Group in Normal, Ill. “Smoking in a car with a child is the ultimate hostage situation. These kids can’t choose to be around secondhand smoke in the first place and then when they are strapped in a car it just amplifies the exposure.”

Dr. Traeger says that although the study shows that most people support banning smoke exposure to help protect the kids, parents should take responsibility for their actions and choose to not expose their children to these toxins.

“These types of bans are great steps in helping children stay healthy,” he says.