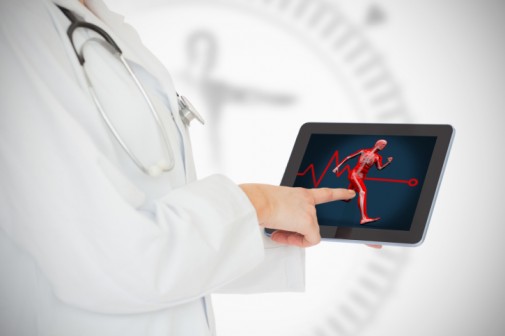 Doctors who are physically fit are much more likely to encourage their patients to adopt an active lifestyle than doctors who lead sedentary lives, according to a recent study.

The conclusion was drawn after researchers reviewed nearly 30 separate studies looking at the connections between the physical fitness of health care providers and how they counseled their patients. The results were presented at an American Heart Association meeting.

The findings showed that active physicians were two to five times more likely to recommend fitness regimens than those doctors who led physically inactive lives.

Researchers said doctors who practice what they preach have a better chance of influencing their patients to get active. If the number of fit doctors can be increased, it could reap benefits among the population.

“Patients rely on advice from health care providers to adopt healthier behaviors, so these findings suggest that improving health care providers’ physical activity levels may be an easy way to help reduce physical inactivity among the general population,” said study leader, Isabel Garcia de Quevedo, of the Centers for Disease Control and Prevention (CDC), in a news release.

The study also found that medical students who took courses on improving lifestyle habits were 56 percent more likely to recommend physical activity to their patients than those students who didn’t take those courses.

Study leaders say that doctors should also provide practical ways and suggestions for their patients to exercise.

“When advice is coupled with a referral to community resources, it can be quite effective and this approach should be part of the public health solution to America’s inactivity problem,” said Felipe Lobelo, M.D., co-author of leader of the study, in a statement.

← What you need to know about cataracts
Can copper ingestion link to Alzheimer’s? →