Home / Stories of the Girls / Can breast cancer treatment take a toll on your heart?

Can breast cancer treatment take a toll on your heart? 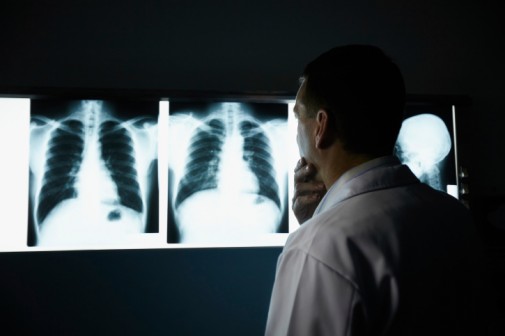 A recent study published in an of the New England Journal of Medicine is giving women who are being treated for breast cancer a strong reason to take care of their heart.

According to researchers, higher doses of radiation treatment for invasive breast cancer following breast conserving surgery and sometimes after a mastectomy can lead to an increased risk of developing heart disease.

In a statement, one of the study’s lead authors says, “As radiation exposure to the heart increases, so does the risk of radiation-induced heart disease.”

What this means for breast cancer patients
Dr. Heidi Memmel, breast surgeon at Advocate Lutheran General Hospital in Park Ridge, Ill., says while the findings are important, it’s equally important to keep them in perspective.

Dr. Memmel also points out that the radiation therapy studied was performed more than 10 years ago. “Techniques have significantly improved since then,” she says. “We now use methods like partial breast irradiation, and prone positioning irradiation, which allows us to limit the amount of exposure to the heart and lungs.”

Dr. Memmel also says it’s vital that women are aware of all the risks associated with radiation treatment to the breasts.

“Before any treatment, I make sure my patients are fully aware of any risks involved,” she says. “It’s important to arm them with as much information as possible so that they, in partnership with their physicians, can make the best informed decision about their care.”

Breaking down the findings
As part of the study, researchers looked back at patient records for 2,168 women in Sweden and Denmark who received radiation therapy for breast cancer between 1958 and 2001.

Patients who already had risk factors for heart problems — like diabetes smoking being overweight — had higher rates of major heart events after breast radiation. There was also a proportional increase in heart-related risk for women without pre-existing heart disease risk factors, but that percentage was much smaller.

Authors for the study say they didn’t look at all types of heart problems linked to radiation therapy. And there was no closer look at chemotherapy either, which also has been linked to heart trouble.

Researchers hope the findings will encourage more doctors to identify women with pre-existing heart risk factors, as well as those with a small distance between their heart and breast. This way treatment can be tailored to minimize heart exposure to radiation.

But Dr. Memmel says there is also a strong message in the findings for patients.

“It’s important for women to let their primary care doctors know if they’ve had radiation therapy for breast cancer,” she says. “This way they can evaluate other cardiac risk factors, such as high blood pressure and cholesterol.”

She says women can also take heart healthy steps such as watching their diets and managing their blood pressure: “Knowledge is power for patients and physicians.”

← Are drug ads really true?
Hip pain may be more common than you think →