Can napping enhance learning for preschoolers? 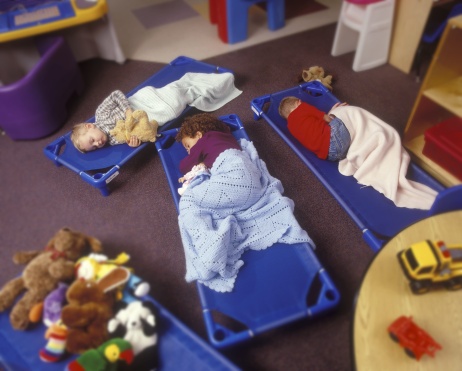 First recess was a target for elimination in U.S. public schools then nap time. This debate came up as a way to get more learning time in the classroom. However, a new study reveals naps for children can be more beneficial than you think.

The study published in the September issue of Proceedings of the National Academy of Sciences showed classroom naps supporting learning in preschool children by improving their memory. Sleep researchers at the University of Massachusetts Amherst found that children who took a nap performed significantly better on a visual-spatial task compared to those children who did not nap.

Participants included 40 preschool children from six preschools in western Massachusetts. Researchers taught all participants a visual-spatial task similar to the “Memory” game in the morning. In this game, children see a grid of pictures and have to remember where different pictures are located.

One group of participants was then encouraged to nap during regular nap time, while another group of participants stayed awake for the duration of the regular nap time, an average of 77 minutes. After the nap, both groups were tested with the memory game. The group was again tested the following day to determine if nighttime sleep affected performance.

“While the children performed about the same immediately after learning in both the nap and wake conditions, the children performed significantly better when they napped both in the afternoon and the next day,” said Rebecca Spencer, one of the study authors, in a statement.  “That means that when they miss a nap, the child cannot recover this benefit of sleep with their overnight sleep. It seems there is an additional benefit of having the sleep occur in close proximity to learning,” she added.

The study authors have called for preschools to develop napping guidelines and further research on how to protect and promote naptime for young children to enhance their learning.

“We hope these results will help policy makers and center directors make educated decisions regarding the nap opportunities in the classrooms. Children should not only be given the opportunity, they should be encouraged to sleep by creating an environment that supports sleep,” said Spencer.