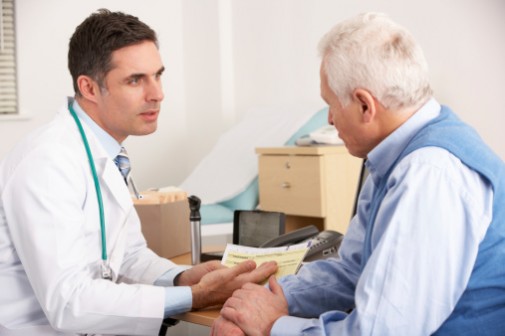 Television commercials for gels that can help men who are “suffering from low testosterone,” are as common as those for erectile dysfunction. But a new study published in the Journal of the American Medical Association claims that among certain populations of men, androgen replacement therapy (ART) can have a negative impact on their hearts.

“There’s a lot of marketing dollars driving the popularity of some of these testosterone therapies,” says Dr. Bruce Hyman, an internal medicine physician at Advocate Condell Medical Center in Libertyville, Ill. “The commercials make low testosterone seem like a minor problem that’s easily corrected with a daily gel or a patch. But as this recent study shows, physicians need to take care in prescribing testosterone therapy.”

In fact, a recent study showed that male ART use tripled among men 40 years or older from 2001 to 2011, and most men studied did not have clear evidence of a potential indication for ART.

Experts say that typically men’s testosterone levels drop by one percent a year after age 30.

Dr. Hyman adds, “There’s no such thing as the fountain of youth. As men age, the best things they can do to stay healthy are commit to annual physicals and screenings, eat a well-balanced diet, exercise, and keep up-to-date with flu shots and vaccinations.”

← Protecting women from HPV
Are meds OK while breastfeeding? →