Learn CPR: Save a life 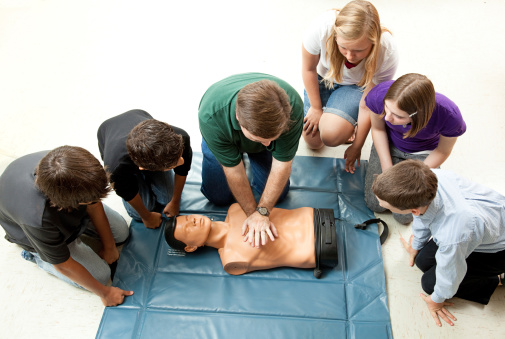 With more than 300,000 people suffering cardiac arrest annually, according to the American Heart Association (AHA), and 88 percent of those episodes occurring at home, knowing CPR is more vital than ever.

And a recent study from Denmark is now offering dramatic evidence of the benefits of CPR training.

A decade ago, both bystander CPR, which is cardiopulmonary resuscitation performed from a non-health professional and 30-day survival rates in Denmark were low, so in 2005 a nationwide effort was launched to encourage Danes to learn CPR. The initiative included both voluntary and mandatory training, such as requiring teens to learn CPR to obtain a driver’s license.

According to the study, published in the Journal of the American Medical Association (JAMA), between 2008 and 2010 alone more than 15 percent of the Danish population took CPR courses.

Comparing data from 2001 and 2010, the study’s authors found that rates of bystander CPR increased from 21.1 percent to 44.9 percent; survival rates for out-of-hospital cardiac arrest at 30 days and one year more than tripled; and the number of survivors per 100,000 persons more than doubled.

Yet, according to the AHA, “70 percent of Americans may feel helpless to act during a cardiac emergency because they either do not know how to administer CPR or their training has significantly lapsed.”

“My sense is that Americans aren’t that well-trained overall,” says Dr. Melinda Einfalt, an internist at Advocate Good Shepherd Hospital in Barrington, Ill.

“CPR training is a very simple process that takes only a few hours,” Dr. Einfalt says. “I think what holds some people back is the fear they’ll cause harm to the person they’re trying to help, or are concerned about breathing into the victim’s mouth. But now there’s no breathing involved, just chest compressions.”

While most people who suffer from cardiac arrest are adults, children do sometimes have heart attacks, and that’s why it’s especially important for parents of infants and small children to learn CPR, Dr. Einfalt says.

“CPR training’s not a scary thing,” she says. “It’s easy to do. And it will save someone’s life – perhaps someone you love.”

Advocate Health Care offers a wide range of CPR classes, including for treating infants. For more information or to register, please visit: www.advocatehealth.com/events.