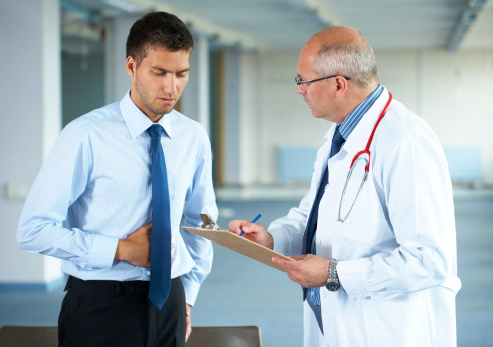 Men are 24 percent less likely than women to have visited a doctor within the past year and are 22 percent more likely to have neglected their cholesterol tests, according to the Agency for Health Care Quality & Research. Additionally, men are 32 percent more likely than women to be hospitalized for long-term complications of diabetes and are more than twice as likely as women to have a leg or foot amputated due to complications related to diabetes.

Despite these facts, it’s not always an easy sell to get men to their annual check-ups. The recent popularity of “Movember” helps to engage men in this worthy cause, but men still need to take charge.

“Men need to take a more proactive role in their own health care,” says Dr. Adam Rubinstein, an internal medicine physician with Advocate Condell Medical Center in Libertyville, Ill. “Too often in my practice, I see male patients who haven’t been to a doctor in years, and they come to me with medical issues that could have been prevented with very simple measures early on.”

Men’s health isn’t just about men, though, he says.

Dr. Rubinstein also recommends that men learn what screenings are important for each stage of their lives.

Click here for a comprehensive guide to screenings for men at every stage of life.