Race, poverty not solely to blame for urban violence 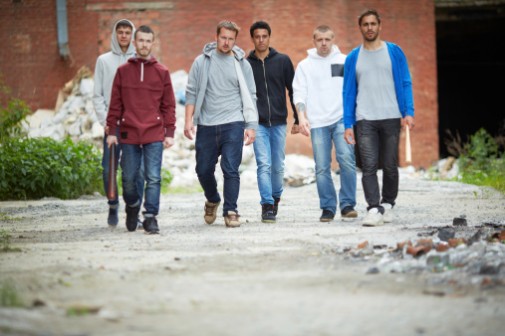 According to a new study by a Yale sociologist, factors such as race, age, gender, poverty or even gang affiliation will not fully determine if you’re likely to be a victim of gun homicide. The key predictor? A person’s social network.

“It’s who you hang out with that gets you into trouble,” said lead study author Andrew Papachristos in a statement. “It’s tragic, but random,” he added.

The study of gun violence in Chicago, published in the American Journal of Public Health in November reveals how crime, much like a disease, follows certain patterns. In fact, the authors have likened gun violence to a blood-borne pathogen.

Study co-author Christopher Wildeman from the Yale Department of Sociology in New Haven, Conn., pointed out that it’s more likely for those in the same social network to engage in similar risky behaviors, including carrying a gun or participating in criminal activity, which increases the probability that they will become a victim.

“Generally, you can’t catch a bullet from just anyone. Your relationship with the people involved matters,” said Wildeman “It’s not unlike needle sharing or unprotected sex in the spread of HIV.”

The study examined a network of nearly 4,000 high-risk individuals who had police and gun homicide records from 2006 to 2011. These individuals lived within a six-square mile area of Chicago that has some of the highest homicide rates in the city.

Researchers found that 6 percent of the population was involved in 70 percent of the murders, and that same 6 percent already had some contact with the criminal justice or public health systems. That same 6 percent also had a 900 percent greater risk of becoming a gun homicide victim, which suggests that being part of a risky network may contribute to one’s chance of becoming a victim over other risk factors.

In response to this, the Chicago Police Department (CPD) began a new violence prevention initiative, which includes analyzing social networks to identify Chicago’s top 20 residents most likely to shoot at someone or be shot. These residents were visited at their homes by a police commander who explained how their history and networks landed them on the list. The commander also delivered the message that their lives mattered and he wanted them to stay out of trouble.

“The CPD is using this as a way to reach out to people, rather than make arrests,” said Papachristos.

Although the long-term effects of this approach remain to be seen, other cities, including Stockton in California and New Haven in Connecticut are taking their cue from the CPD and working on similar models based on networks.