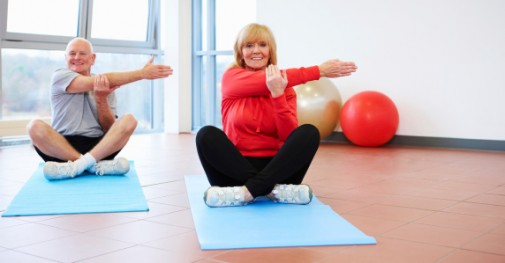 The study is an update to a previous Cochrane review conducted in 2008, when only four trials on the effects of exercise in older people with dementia were available. The updated review includes data from eight trials involving 329 people, which showed that exercise could improve cognitive functioning. Data from six studies involving 289 people showed that exercise could improve the ability of older people with dementia to carry out daily activities, such as walking short distances or getting up from a chair.

Researchers believe that exercise may help treat dementia or slow its progression through improvements in the ability to carry out everyday tasks and positive effects on mental processes such as memory and attention.

“In our previous review, we were unable to draw any conclusions about the effectiveness of exercise in older people with dementia, due to a shortage of appropriate trials,” said researcher, Dorothy Forbes, an Associate Professor of Nursing who works at the University of Alberta in Edmonton, Alberta in a statement. “Following this new review, we are now able to conclude that there is promising evidence for exercise programs improving cognition and the ability to carry out daily activities. However, we do still need to be cautious about how we interpret these findings.”

The study of dementia patients didn’t find any clear effect of exercise on depression in older people with dementia and states that more evidence is needed to understand how exercise could help reduce the burden on family caregivers.

“I recommend exercise at any age,” says Dr. Bruce Hyman, an internal medicine physician with Advocate Condell Medical Center in Libertyville, Ill. “Exercise has many positive mental effects, as well as the physical, including—reducing stress, helping elevate mood and lift depression, and can help increase relaxation.”