How music boosts your workout 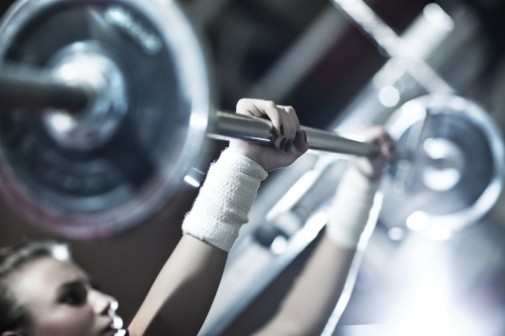 You may be one of those people who pop in your headphones and run for miles on the treadmill. Now, a recent study, says making music while you exercise can take your workout to the next level.

The study, published online in the journal Proceedings of the National Academy of Sciences, wanted to find out if making music rather than simply listening, could actually result in a higher impact workout.

Researchers incorporated different musical sounds into weight machines, making them into their own version of a “boom box.” The wide array of sounds included different volumes, pitches and beats. The three exercise machines used included a stair-stepper and two weight machines that use bars for resistance. So however the person trained whether with more or less weights, the sounds produced would be different.

Researchers, from the Max Planck Institute for Human Cognition and Brain Sciences, had a test group of 63 healthy men and women participate in the study. Each participant was asked to use the machines for a certain period of time. With effort playing a role in how the sounds are produced, participants pushed their workouts to a harder level to achieve and make the best sound.

They discovered that this way of exercising actually makes it easier.

“Participants could express themselves on the machines by, for instance, modulating rhythms and creating melodies,” said Thomas Hans Fritz, lead author of the study, in a statement.

When asked to participate without making their own music, this group did not put in as much effort into the workout.

Researchers found that the participants were smoother in their movements and used a higher muscle force with less oxygen behind it when using the altered, musical machines.

Fritz said that by being able to create their own music, the “physiological cost of exercise” went down and created an added appeal to do the exercise.

Although these machines with the musical equipment are not available on the commercial market, they hope so in the future. For now, Fritz suggests singing or humming to yourself or getting in tune with a partner to enhance your workout.