Home / Cancer care / The link between HPV and cancer

The link between HPV and cancer 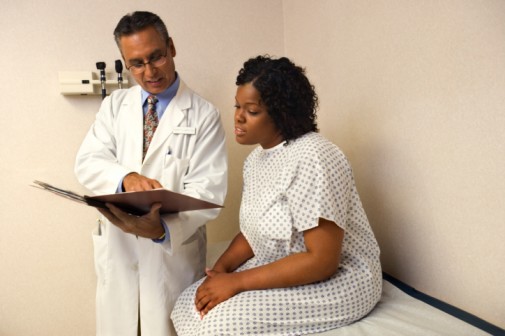 Some surgeons say a hush seems to fall on discussions of cancers that occur below the waist.

However, the reluctancy to talk about these cancers may only exacerbate them. And if left untreated, can lead to potentially serious complications and even death.

According to the Centers for Disease Control and Prevention (CDC), in 2010, nearly 84,000 U.S. women were told they had a gynecologic cancer, and 28,770 died from such a cancer.  Among cancers affecting both men and women, colorectal cancer (cancer of the colon and rectum) is the second leading cancer killer in the United States. In 2010, 131,607 people were diagnosed with colorectal cancer.

The five most common gynecologic cancers are cervical, ovarian, uterine, vaginal and vulva. These types of cancers are the result of the uncontrolled growth and spread of abnormal cells that originate in the female reproductive organs. Cervical cancer is among the most common female cancers and the second leading cause of death among women worldwide, as reported by the World Cancer Research Fund International.

Gynecologic cancers can pose a serious risk, but early detection, taking precautions and optimal treatment can potentially resolve these types of cancers and may even prevent them in some cases.

“Some of these cancers are definitely preventable with early screening,” says Dr. Yvonne Collins, gynecologic oncologist in the Cancer Institute at Advocate Christ Medical Center. “With the rise of obesity, we will see more endometrial cancers along with other obesity-related cancers. Patients must understand the importance of weight reduction, proper diet and exercise, all which make a drastic difference in disease development and recurrence.”

“HPV vaccination is primary prevention of disease. We are able to vaccinate girls (and boys) before they are exposed to HPV,” Dr. Collins says. “This will allow us to prevent unnecessary procedures and deaths.”