Part of our brains may be untouched by aging 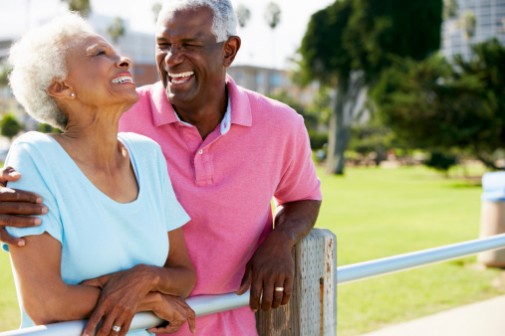 As we move into our golden years, it’s not uncommon to experience a decline in cognitive abilities. Episodes of forgetfulness or moments of absentmindedness are almost a given.

But recent research says there’s one part of our brain that appears to be sheltered from the effects of old age.

Study leaders at the University of Adelaide in Australia found that our “spatial attention”— which touches many areas of life including picking up and using objects, remains forever young.

“Our studies have found that older and younger adults perform in a similar way on a range of visual and non-visual tasks that measure spatial attention,” said study leader Dr. Joanna Brooks, in a news release. “Both younger (aged 18-38 years) and older (55-95 years) adults had the same responses for spatial attention tasks involving touch, sight or sound.”

Researchers did a comparative study using 60 older and younger people asking them to react to both visual and non-visual cues in order to measure their spatial skills.

Participants were blindfolded and then asked to feel wooden objects to determine where the middle of the object was. Researchers noted at this point the functioning of the right side of the brain of both old and young was consistent.

“Our results challenge current models of cognitive ageing because they show that the right side of the brain remains dominant for spatial processing throughout the entire adult lifespan,” Dr. Brooks said. “We now need to better understand how and why some areas of the brain seem to be more affected by ageing than others.”

The study team hopes the findings will ultimately lead to a better understanding of how some diseases, including Alzheimer’s, affect the brain.