Home / Diet & Nutrition / The link between heart disease and diabetes

The link between heart disease and diabetes 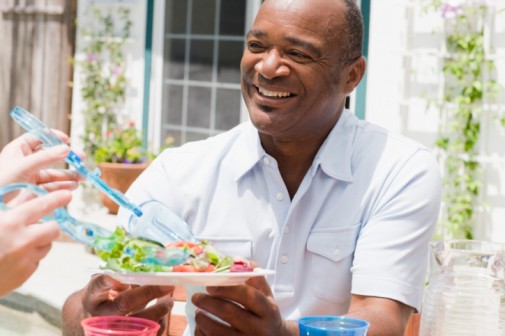 Did you know that a person with diabetes is at a high risk for heart disease? According to the American Diabetes Association, people with diabetes have heart disease death rates about two to four times higher than those without diabetes.

Dr. Rena Mehta, internist on staff at Advocate Sherman Hospital in Elgin, Ill., says that people who have high levels of glucose in the blood run a high risk of damaging their arteries over time. This damage is called arteriosclerosis.

“The increase in plaque development and fatty deposits lead to narrowing of the arteries and can cause heart attack or stroke,” Dr. Mehta says.

Both Type 1 and Type 2 diabetics have equal risk of developing heart disease, she says.

“Type 1 diabetics have had diabetes at a young age and may see complications earlier than Type 2 diabetics,” Dr. Mehta says. “However, Type 2 diabetics develop heart disease at an earlier age compared to non-diabetics because they have other risk factors.”

She says these risk factors include obesity, high cholesterol and high blood pressure.

“People who have pre-diabetes, or higher-than-normal blood glucose levels, are also at risk for developing heart disease,” Dr. Mehta says.

Generally, people with diabetes experience the same heart attack symptoms as the rest of the population, she says. These symptoms include gripping chest pain, nausea, vomiting, shortness of breath and left-sided pain in the jaw, neck, back or stomach. However, Dr. Mehta adds that people with diabetes often have neuropathy (nerve damage) and may not feel the same pain intensity.

“They might feel a dull ache or think they have indigestion,” Dr. Mehta says. “All diabetics should call their doctor or 911 if they are experiencing these symptoms or similar symptoms.”

Prevention Steps
To prevent heart disease, the best preventative measure is keeping blood glucose levels under control through medication and a healthy diet, she says. Meals should include whole grains, lean meats and a variety of fresh fruits and vegetables.

“It’s so easy to fall into the two meals a day routine but this will cause the highs and lows in blood sugar,” Dr. Mehta says.

Despite the link between heart disease and diabetes, Dr. Mehta says monitoring your blood glucose levels and leading a healthy lifestyle are key to prevention.