Home / Behavioral health / Grab a bite, save a fight?

Grab a bite, save a fight? 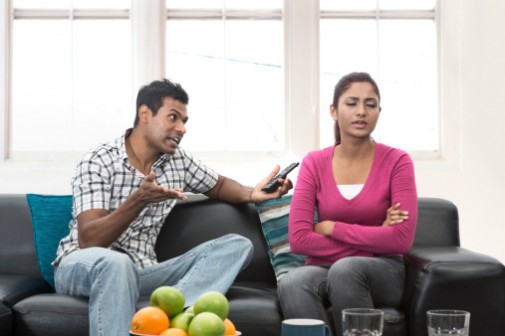 Ever found yourself getting grouchy when you are hungry? Well, avoid your spouse when you are or grab a snack fast, says a new Ohio State University study.

The study, published this week in the journal Proceedings of the National Academy of Sciences, took a deeper look at how low glucose levels can affect a person’s mood and aggressive behavior.

“We need glucose for self-control,” said study leader, Brad Bushman. “Anger is the emotion that most people have difficulty controlling.”

The study analyzed approximately 107 married couples for a 21-day period. Researchers used voodoo dolls as the representation of the participants’ anger. Spouses were asked to use anywhere from zero to 51 pins each night to identify their anger and mood towards their significant other. They also measured blood sugar glucose levels every evening.

Results showed that when more pins were used on the doll, blood sugar levels were much lower. Researchers found that double the amount of pins were used by this group.

According to the study, intimate partner violence could have a connection to the lack of self-control. Researchers said that since self-control of aggressive behaviors needs energy and that energy is delivered by glucose provided by foods we are consuming, they believe the two can be directly linked.

Another study author, Richard S. Pond, said in a news release, that there is good reason as to why our behavior can be linked to food consumption as the brain, weighing two percent of our body weight, consumes 20 percent of our calories.

Bushman recommends grabbing a sweet snack in case of emergency when you may be on the verge of talking on a sensitive subject with your spouse, but he says to stick to fruits and veggies in the long run to keep blood sugar levels up.