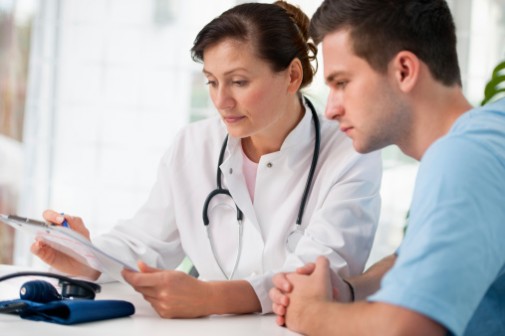 Almost two years after the controversial U.S. Preventive Services Task Force report recommending against screening men for prostate cancer using the prostate-specific antigen (PSA) test, physicians continue to prescribe the test for men under age 75 – and with good reason, according to an urologist at Advocate Christ Medical Center in Oak Lawn, Ill.

“The test can detect prostate tumors when they are small enough to treat with surgery or radiation therapy. When not caught in time, prostate cancer can only be controlled by long-term hormonal therapy, which causes many unwanted side effects, such as sexual dysfunction, weight gain, memory loss, depression and diminished energy,” says Dr. Aaron Berger, a physician at Christ Medical Center.

The PSA studies reviewed by the U.S. task force showed some benefits from PSA screening, but were apparently not beneficial enough to warrant the panel’s support of the test.  However, one of the better studies evaluated – the Goteborg study – demonstrated “significant benefits from testing.  Screening not only decreased mortality by 41 percent, but decreased advanced cases of prostate cancer by 44 percent, thereby improving quality of life,” Dr. Berger explains.

The U.S. panel cited too many false indications for the presence of prostate cancer following PSA testing and the resulting unnecessary biopsies, potential physical side effects of those biopsies, overtreatment of the cancer and the stress and anxiety experienced by men thinking that they must cope with a life-changing disease.

Dr. Berger says not testing and waiting until a patient becomes symptomatic may be a much worse option.  “The goal of screening should be not only to prevent prostate cancer mortality, but to improve quality of life by preventing advanced disease,” he says.

“Medications to treat advanced prostate cancer not only can seriously impact the quality of a patient’s life, they are very costly to the patient and the health care system.  For example, one hormonal shot, which only lasts up to six months, can cost $4,000 to $6,000.  Another drug on the market for advanced prostate cancer involves three injections at a cost of about $90,000 per patient,” Dr. Berger says.

The American Urological Association and independent cancer experts have criticized the U.S task force’s findings, saying the panel underestimated the benefits and overstated the harm of PSA testing.

Diagnosing prostate cancer early enough gives a patient more choices, emphasizes Dr. Berger.  “Not everyone needs to go through surgery or radiation therapy,” he says.  “If the tumor is determined to be low grade, we can simply put the patient on active surveillance, only initiating treatment should the cancer later advance.”

← A low tolerance for pain? Blame your genes
Should kids be cleansing? →