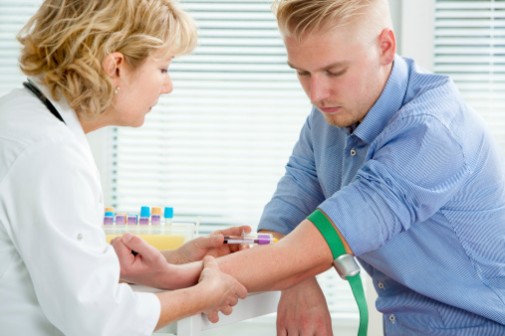 If you’re sexually active and haven’t been tested for a sexually transmitted infection (STI) in a while, beware. You may want to have that test done sooner than later, according to new research. Recent extensive genetic research found that nearly 70 percent of healthy U.S. adults are infected with human papillomavirus (HPV).

According to research presented at the annual meeting of the American Society for Microbiology in late May, those adults infected have one or more of the 109 strains of HPV. The good news is that researchers found that most of the viral strains of HPV appear to be harmless and can stay dormant for years.

Participants included 103 men and women between the ages of 18 and 80 who provided tissue samples. Of those respondents whose DNA was made publicly available, only four had one of the two types of HPV that cause genital warts and throat and cervical cancers.

“Our study offers initial and broad evidence of a seemingly ‘normal’ HPV viral biome in people that does not necessarily cause disease,” explained lead study investigator Dr. Zhiheng Pei in a statement. “And that could very well mimic the highly varied bacterial environment in the body, which is key to maintaining good health,” added Dr. Pei, an associated professor at NYU Langone Medical Center in New York.

HPV is one of the most common STIs in the United States. Since it’s so common, experts estimate that almost all men and women contract some strain of it at some point in their lives.

Despite this fact, Dr. Pei cautioned that people need not be overly concerned since the harm or benefits of the many HPV strains are not known. He urged them to talk with their physicians or an infectious disease specialist to identify any potential threat before seeking any antiviral or other therapy.

Dr. Pei added that until more comprehensive, broader anti-HPV vaccines are developed, getting vaccinated is still wise, especially in an effort to prevent cervical cancer.