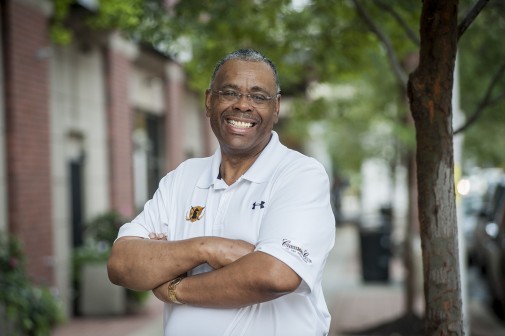 Rodney Harvey, 63, says he first noticed there might be something wrong when he found blood in his urine.

At first, the issue was thought to be caused by kidney stones, but doctors also noticed that his PSA level had risen. Searching further, the physicians discovered Rodney’s prostate cancer.

“I considered all the options available and studied online a whole lot,” Rodney says. “I knew it was slow-growing, so I had time to think it through. I’m someone who has to look at all the angles rather than rushing in.”

He says he was fearful upon hearing the diagnosis, but told himself that many men suffer prostate problems. He discussed the treatment options with his wife, as well as friends he knew who’d had and beaten prostate cancer.

Weighing all his choices, Harvey says he decided high-dose rate (HDR) brachytherapy at Advocate Illinois Masonic Medical Center. HDR brachytherapy is a type of internal radiation therapy that delivers high doses of radiation from implants placed directly against or into the tumor using sophisticated imaging equipment and software. The advantage to such targeted treatment is that it focuses tightly on the tumor, minimizing serious side effects. This technique ensures the maximum radiation dose is given to cancerous tissues, while minimizing exposure to surrounding healthy tissue.

“I met with Dr. Santosh Yajnik and felt very comfortable with him and his recommendation,” Harvey says. “He gave me confidence that this was the way to go—that I wasn’t the only guy who’d had cancer and that I could beat it.”

For the HDR brachytherapy, Harvey stayed in the hospital overnight, as the full, targeted radiation treatment took about 36 hours total to complete.

In all over the course of the day and a half, he received four separate doses of radiation treatment. When he went home, he wasn’t sick and his recovery went very well.

“It turned out really well,” Harvey says. “And I’m cancer-free now. There’s no way any cancer could have survived that amount of radiation.

← When to seek help for anxiety
Summer water safety →