How lung screenings save lives 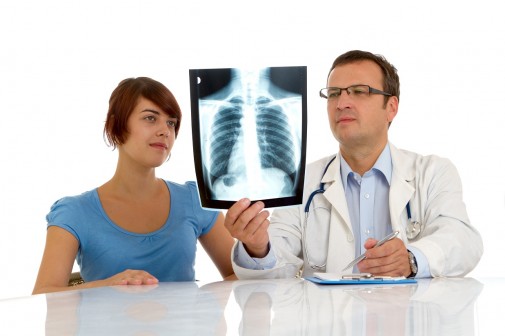 November is National Lung Cancer Awareness Month. This cancer is the leading cause of cancer deaths, but a simple screening could save the life of a smoker. The New England Journal of Medicine reports that a low-dose computed tomographic screening, more commonly called a CT scan, is making a difference in identifying lung cancer earlier.

Screening increases the likelihood of detection since patients usually don’t have symptoms until the cancer is already at an advanced stage. In fact, results from a recent national lung screening trial showed a 20 percent reduction in lung cancer deaths with the screening.

So who should be screened annually?

“Just a few months after starting our lung screening program at Advocate Lutheran General Hospital, we identified two individuals who had lung cancer on their low-dose CT scans,” says Dr. Axel Joob, a cardiovascular and thoracic surgeon at the Park Ridge, Ill. hospital.

“Because of our ability to quickly intervene, we are very optimistic about their prognoses,” he says. A lung screening costs $200. It includes both the CT screen and a follow-up appointment with a physician. The results are reviewed by an expert panel who discuss the findings, Dr. Joob says.

Currently lung cancer screenings are not covered by insurance. But those who are identified with earlier stage lung cancer feel it is well worth the price.