Home / Diet & Nutrition / How diabetes can harm your heart

How diabetes can harm your heart 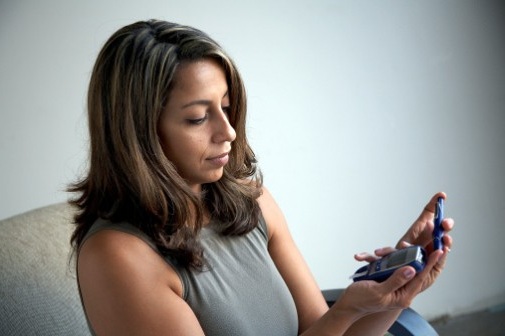 Diabetes has long been linked to a greater risk of heart disease; however, two recent studies have put a surprising statistical value on how likely you may be to die of heart failure if you’ve been diagnosed with diabetes.

The audit results were published in the journal Diabetes UK. The audit is the largest of its kind, publishing statistical findings on deaths, complications and hospital admissions for nearly 2.5 million people with diabetes in England.

“This audit is a wake-up call,” Dr. Bob Young, clinical lead of the audit, said in a statement. “Heart failure is preventable and treatable. Every health professional should take note of how much more common heart failure is among patients with diabetes and how high the short-term risk of death is.”

According to the audit results, Type 1 diabetes increased the risk of death by heart failure by 129 percent. And the risk to those with Type 2 diabetes was calculated at 34 percent.

Another reported finding was that young people, particularly women, diagnosed with diabetes were at the greatest risk for premature death by heart failure. This finding was supported by the findings of a recent study out of Johns Hopkins Medicine, published in the journal Diabetes Care. This study found that young and middle-age women with Type 2 diabetes are at a four times greater risk for coronary artery disease than are men of the same age.

“These studies definitely shed new light on diabetes and the risk to your heart,” says Dr. Vinita Bhagia, endocrinologist at Advocate Illinois Masonic Medical Center in Chicago. “When we look at heart disease, heart failure happens slowly over time. This makes us think of heart failure in a new way.”

“I talk about the risk of heart disease and heart failure with my diabetic patients, but it’s often overlooked,” she says. “However, the high risks found by these studies did surprise me, so I’ll be spending more time emphasizing the risks with patients.”

Dr. Bhagia says it’s important to let you doctor know, as soon as possible, if you’re having symptoms of heart failure, including extreme exhaustion, shortness of breath when walking short distances and swelling in your feet.

“More people are being diagnosed with diabetes than ever, so it’s important to take these risks seriously,” she says. “Nearly 79 million Americans are currently at risk for developing diabetes and most are unaware. One in three have pre-diabetes and only 7 percent of them are aware of it. And diabetes is just the tip of the iceberg.”

To avoid the risk of diabetes and, in turn, the associated risk of heart disease, Dr. Bhagia recommends weight loss through physical activity and healthier eating.

“I always tell people, if you have the genes to develop diabetes, you have a loaded gun in your hand,” she says. “Do everything you can to avoid pulling the trigger.”

← Would you quit smoking if you got paid for it?
Lung transplant gives new life →