How paramedics can play a bigger role in stroke care 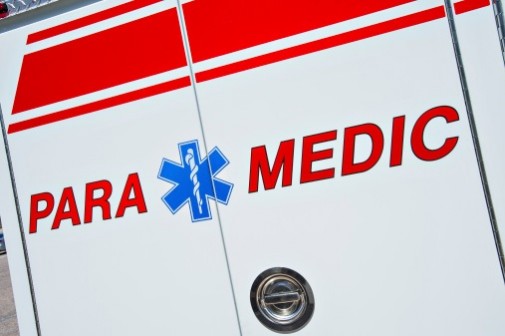 When it comes to strokes, most people know that time is of the essence. A new study not only confirms this, but adds that paramedics should be able to deliver immediate drug treatment to stroke patients.

Researchers found that people who were given the drug magnesium sulfate within two hours of first detecting stroke symptoms saw significant improvement in their recovery from stroke.

Each year, nearly 700,000 people experience a new or recurrent stroke, which is the nation’s fifth leading cause of death, according to the Centers for Disease Control and Prevention. On average, someone suffers a stroke every 45 seconds and someone dies of a stroke every 3.1 minutes. Stroke is a leading cause of serious, long-term disability in the United States, with about 4.7 million stroke survivors alive today. Stroke is an ailment that can hit any population from younger people to senior residents.

By using a stroke screening tool, paramedics identified potential stroke patients and then talked with a neurologist about treatment. The study, funded by the National Institute of Neurological Disorders and Stroke, was published this month in the New England Journal of Medicine. Previous research in animals suggested that magnesium sulfate might help protect the brain from stroke damage.

“This study shows that it is possible to get treatments to stroke patients even before they arrive at a hospital. Because a blocked blood vessel causes brain damage over minutes to hours, this pre-hospital approach to treatment is sure to be adopted and refined in future clinical research studies,” said Dr. Walter Koroshetz, acting director of the U.S. National Institute of Neurological Disorders and Stroke, in a news release. “Ultra-early brain salvage in stroke patients will someday surely reduce the tremendous burden of disability and death due to stroke.”

Medical officials call the first hour of stroke “the golden hour,” where the greatest amount of brain activity can be saved.

“We cannot stress enough to the community that every minute wasted in a stroke case can be dire. We need everyone to know the signs and symptoms of stroke: such as facial droop, arm dropping and speech impairment,” says Dinene West-Jenkins, stroke coordinator at Advocate Trinity Hospital in Chicago. “We must all work together to improve stroke outcomes and the quality of life for the community.”

West-Jenkins and the Stroke Street Team, a group of Advocate Trinity volunteers, go out in the community to educate people on the effects of stroke.

“Stroke is something that is very time sensitive, so that is why you need to act fast,” says Dr. Shahida Ahmada, neurologist at Advocate Trinity.