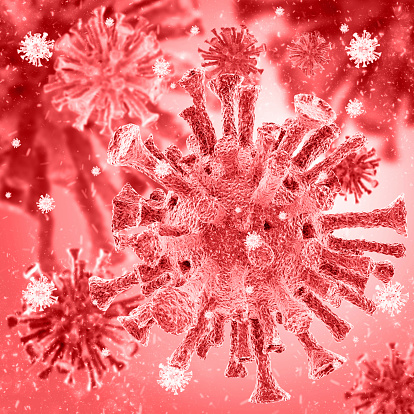 A new strain of human immunodeficiency virus (HIV), reportedly more aggressive than any known form of the virus, has been discovered by scientists in Cuba.

According to news reports of the finding, patients infected with this new form of HIV can progress so rapidly that they are being diagnosed with acquired immune deficiency syndrome (AIDS) within three years of infection. Previously known HIV strains took five to ten years to develop into AIDS.

The new strain is considered a recombinant strain of HIV, believed to be a mutated combination of three known forms of the virus. A recombinant strain of the HIV virus is created when a person is infected with more than one strain of the virus and then the viruses combine to form a new, more deadly strain Researchers are concerned that this new strain may be more difficult to detect, causing those infected to not seek antiretroviral treatment until it is too late.

“So this group of patients that progressed very fast, they were all recently infected,” Dr. Anne-Mieke Vandamme of Belgium’s University of Leuven told Voice of America. “And we know that because they had been HIV-negative tested one or a maximum two years before.”

The research, published this week in the journal EBioMedicine, was the result of inquiries by Cuban health officials. Researchers report the new strain, dubbed CRF19, is a combination of HIV subtypes A, D and G. They say the strain, which has also been found in Africa, will require additional study.

“I think there is the possibility that something like this could be identified in the U.S., as well,” says Dr. Catherine Creticos, infectious disease specialist at Advocate Illinois Masonic Medical Center in Chicago. “I don’t think we have enough information yet. But it’s something we need to be much more attentive to. If it happened in Cuba, I don’t see why it couldn’t happen here.”

Dr. Creticos says there are several subtypes of HIV existing in the U.S., so there is the potential for a recombinant to develop.

Since HIV is highly adaptive and able to mutate, she says it’s still just as important as ever for people to protect themselves.

“Use condoms—all the time,” Dr. Creticos says. “Get tested frequently. If you do test positive, get care right away. Don’t wait. Start the therapy immediately. Current drug therapies are effective even against this aggressive strain. Get tested every year, if you’re sexually active. And more frequently if you have multiple sexual partners.”