Polio: A treatment for brain cancer? 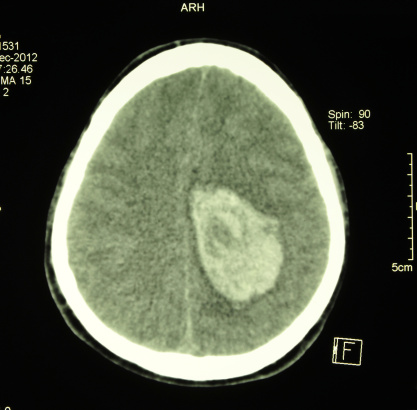 The mere mention of the word “polio” caused alarm among parents until a vaccine was created in the 1950s. Six decades later, this once-deadly virus is being heralded as a possible cure for glioblastoma, the deadliest type of brain cancer, which took the life of Senator Ted Kennedy.

Study leaders at Duke University’s Brain Tumor Center are injecting a genetically modified polio virus directly into cancerous cells in the brain as part of a phased study. The virus is injected into the brain tumor to ensure the maximum dosage. The modified polio virus then tears down the cancerous tumors defensive shield, allowing the patient’s immune system to attack the tumor, researchers say.

“This is a fascinating medical breakthrough,” says Dr. Heather Leeper, neurooncologist at Advocate Christ Medical Center in Oak Lawn, Ill., and Advocate Lutheran General Hospital in Park Ridge, Ill. “Imagine something as devastating as the polio virus being the gateway to treating an aggressive and destructive cancer like glioblastoma. This is a testament to the benefits of ongoing and persistent research, and serves as the basis for cutting edge patient care.”

Of the 22 glioblastoma patients enrolled in the trial, half died while the other 11 continue treatment and have lived longer than they were expected to. In two of these patients, doctors have not detected any signs of the cancer three years after their patients began the experimental treatment.

“While the experts in the field of neuro-oncology, together with patients and their families, hope that the innovation of immunotherapy will provide a major leap forward in glioblastoma treatment, we all eagerly await the end results of these trials,” says Dr. Leeper.  “To date, this promising therapy remains on the horizon to hopefully be validated as a powerful tumor-directed therapy.”