Should women take iron during pregnancy? 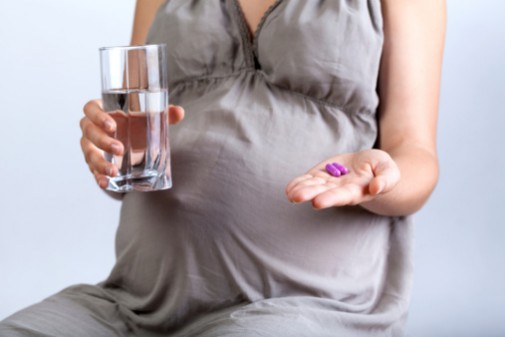 Making sure a baby is healthy begins long before the little one is even born.

There have been several studies on the importance of multivitamins and minerals during pregnancy. Now, a recent report says that taking iron supplements during pregnancy showed no significant health advantages for the mother or child.

“There is not enough research to demonstrate that women need to be routinely screened for iron-deficiency anemia or that they should routinely take iron supplements in the absence of symptoms,” said Dr. Amy Cantor, lead author of the prenatal study, in a news release. “It is not particularly harmful to take an iron supplement, but it may not be necessary.”

Iron is an essential mineral because it helps to transport oxygen throughout the body. It is also an important component of hemoglobin, the substance in red blood cells that carries oxygen from your lungs to transport it throughout your body, health experts say.

Researchers from the U.S. Preventive Service Task Force performed trials and controlled observational studies regarding the effectiveness and harms of routine iron supplementation and screening in children 6 to 24 months old in developed countries. After three to 12 months, infant developmental scores were not significantly different in separate trials. While researchers failed to gather enough evidence to show iron supplements were needed, they also admitted there is not enough evidence against recommending iron.

Some physicians find value in having pregnant women take iron supplements, including Dr. Judith Cothran, an obstetrician/gynecologist at Advocate Trinity Hospital in Chicago.

“Iron supplementation during pregnancy is important particularly in lower socioeconomic communities where patients may be poorly nourished and start the pregnancy with iron deficiency anemia,” says Dr. Cothran. “Most pregnant women don’t have adequate iron to support the pregnancy and delivery.”