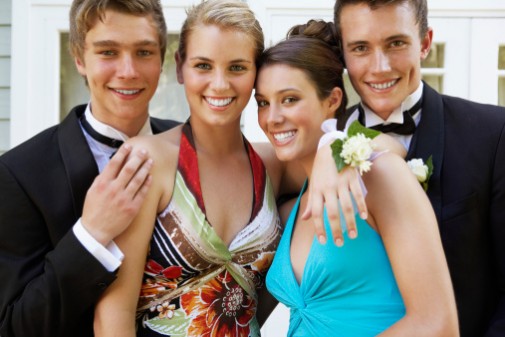 Prom can be a magical night for teenagers as they enjoy one of the last high school events before taking the next step in life. However, it can also be dangerous due to risky decisions involving drugs, sex, drinking and drunk driving.

“Teens are prone to engage in risky behavior,” says Dr. Lori Osborne, coordinator of the Behavioral Psychology Treatment Program at Advocate Illinois Masonic Medical Center in Chicago. “The primary goal of this stage is for them to learn about who they are and form an identity separate from their parents.”

Fifty-three percent of students drink more than four drinks on prom night, according to the National Highway Traffic Safety Administration.

As teens are forming their identity, Dr. Osborne says they may over-identify with celebrities and their peer groups, trying to be more like them.

“Seeking attention, such as spending a great amount on prom or engaging in risky behaviors to impress others, makes sense to them,” she says.

It’s common to see teens make their own decisions, such as dressing differently from what their parents would like or having friends that are different from grade school.

“You will also see the more serious decisions such as testing rules that may include illegal activities like underage drinking or drug experimentation,” Dr. Osborne says. “Parents can make a mistake by being either too permissive or too restrictive.”

For a safe prom, Students Against Destructive Decisions suggests parents consider the following:

← Do you need an annual physical?
Text your pain away? →