Home / Parenting / Does my child have an ear infection?

Does my child have an ear infection? 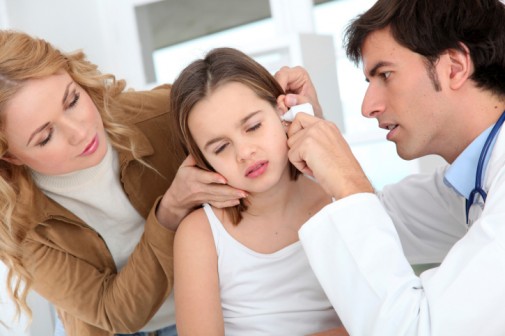 Three out of four children have at least one ear infection before their third birthday, making the infections one of the most common reasons parents bring their kids to the doctor, according to the National Institute of Health.

The ear tubes inside the ears may become clogged with fluid and mucus which affects the middle ear. This can impact a child’s hearing because sound cannot get through all the fluid. While antibiotics are commonly used to treat the infection, kids with chronic ear infections often have tubes placed in their ears to prevent the infections from reoccurring.

“Repeated treatment with antibiotics does not prevent the chronic problems that some children and adults will develop,” says Dr. Benjamin Gruber, otolaryngologist at Advocate Trinity Hospital in Chicago. “These patients have more serious underlying problems with the ear, and the issues are quite different from the run-of-the-mill ear infections that 95 percent of children have. Only an ear surgeon can accurately identify these children early on and initiate appropriate treatment.”

Dr. Gruber says that ear infections can be very difficult for parents to diagnose, but typical signs include:

Dr. Gruber also recommends putting a moist washcloth over the affected ear, along with getting prescription or over-the-counter ear drops to relieve additional pain.