The serious effects of head injuries during contact sports 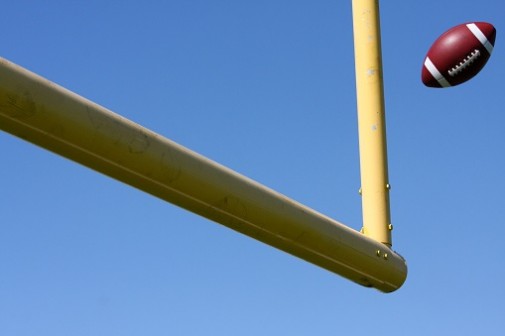 Earlier this month, Cam’ron Matthews, a junior high school football player from Texas, told teammates he felt dizzy before collapsing on the sidelines during a football game, according to news reports. The following day he passed away.

The cause of death is said to be an aneurysm, but further investigation is needed to understand whether or not the injury was football-related. Matthews is one of seven high school football players to pass away this season, causing many to look at what can be done to make contact sports safer.

“You have to look at more than just football when it comes to contact sports,” says Dr. Shahida Ahmad, neurologist at Advocate Trinity Hospital in Chicago. “Concussions and traumatic head injuries can happen in various levels with different sports. The good thing is that now we are having this discussion more than ever before with the focus often on football.”

An estimated one in 50 people or about 6 million people in the U.S. have an un-ruptured brain aneurysm, according to the National Brain Aneurysm Foundation. Ruptured brain aneurysms are fatal in about 40 percent of cases, and of those who survive, about 66 percent suffer from some permanent neurological deficit.

According to the Brain Aneurysm Foundation, a brain aneurysm is an abnormal, weak bulging spot on the wall of a brain artery. Over time the blood flow within the artery pounds against the thinned portion of the wall, and aneurysms form silently from wear and tear on the arteries. An aneurysm can affect any vessel in the body, but those in the head can cause a serious medical condition.

According to the Brain Aneurysm Foundation, symptoms can be anything from pain above and behind the eye and double vision for non-ruptured aneurysms to stiff neck, seizures and loss of consciousness for ruptured aneurysms.