Home / Men's health / What you should know about bubonic plague

What you should know about bubonic plague 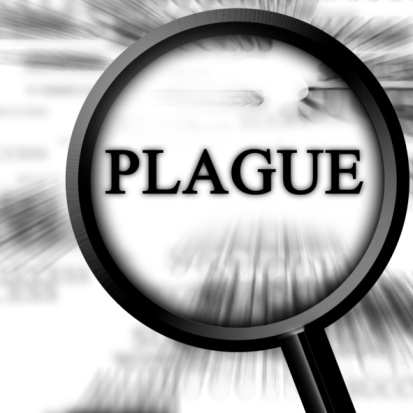 A recent case of bubonic plague in Oregon has some people on edge, but experts in the medical community are offering reassurance that the disease, though potentially deadly, is extremely rare.

Bubonic plague generally is transmitted to humans by fleas that pick it up from infected rodents. In Oregon, the state’s public health authority issued a news release indicating a teenage girl diagnosed with bubonic plague most likely caught the disease from a flea bite during a hunting trip in northeastern Oregon, about 200 miles east of Portland. After feeling ill, the teenager was hospitalized three days later.

Dr. Taha says symptoms of flea bites that might carry bubonic plague can include a skin lesion or ulcer at the site of the bite.

“The bite site is usually very painful,” he says, adding that lymph nodes can also become swollen and tender.

Fever, headache, chills and weakness are other symptoms, and they can sometimes be accompanied by abdominal pain, nausea and vomiting, according to Centers for Disease Control and Prevention.

At least 12 cases of human plague have been reported in the U.S. since April, according to the CDC. Three cases were fatal.

From 2001 through 2012 the annual cases of plague reported in the U.S. ranged from one to 17. Only about 1,050 confirmed or probable cases have been found in the U.S. since the plague first was introduced in the country in 1900.

The plague occurs most often in rural and semi-rural areas of the western part of the U.S., particularly in the southwestern states of New Mexico, Arizona and Colorado.